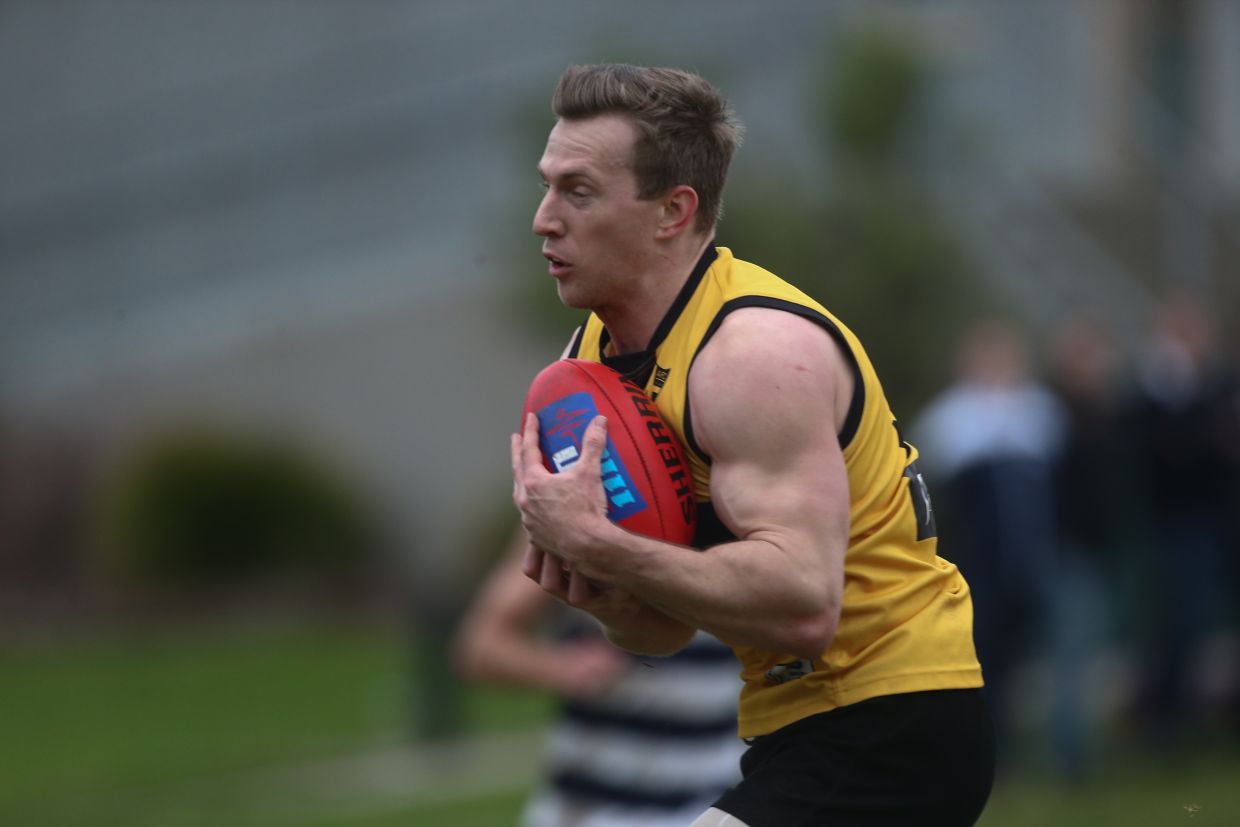 Old Mentonians strengthened their position at the top of the Division 1 ladder with a 36-point victory against St Mary’s Salesian at Ferndale Park. 12 goal kickers shared the 17 majors registered by the Panthers, with Justin Costello kicking one in his 250th game for the club. Ben Andrews (four goals) and Stefan Gusts (three) combined for seven majors for the Saints, who fall outside the top four on percentage.

Old Geelong moved into second position on the ladder as they dispatched Brunswick NOSPC by 113 points at Alec Gillon Oval. George Burbury was irrepressible as he kicked six goals for OGs, while Ryan Parsons nailed five in a BOG performance. Cam Fox did his utmost for the NOBS as their best player, but they now sit at the bottom of the ladder with two wins and a percentage of 57.64.

Old Paradians made it three wins in a row after going winless for the first nine rounds as they defeated Therry Penola by 71 points at Garvey Oval. Adam Pattison and Marcus Nolan were the two best players on the ground and recorded seven goals between them for the Raiders, while Jake Butson was the only multiple goal kicker for the Lions.

Prahran Assumption ended a nine-game losing streak as they ran over Ivanhoe by 39 points at Toorak Park. Jonathon Simonetta and Joseph Slattery combined for six goals for the Two Blues, while skipper Mitch Lovell registered two and led from the front for the sixth-placed Hoes.

An eight-goal haul from Trent Skurrie helped PEGS to a 35-point win against Whitefriars and back into the top four. Jackson Young played his part with five goals for PEGS, while Kieran Hayes kicked three for the Friars.