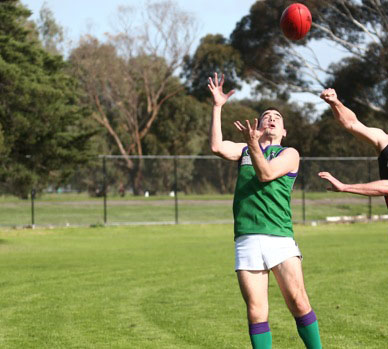 Old Paradians won their second consecutive final to earn their place in the both the Division 2 grand final next weekend and Division 1 in 2016.  Facing St John’s at Aquinas College, the Raiders were up against it early as JOCs kicked six goals to one in the opening term. Buoyed by their last quarter heroics in their semi-final win against Northern Blues last week, the Raiders clicked into gear and piled on 12 of the next 14 majors for the match to run over the top of the gallant JOCs unit by 30 points. Blake Holden starred for the Raiders with four goals, while Chris Kandilakis continued his red-hot 2015 season as one of the best players on the ground. It spells a straight sets knock out for JOCS after they finished the home and away season in second spot on the ladder with 14 wins.