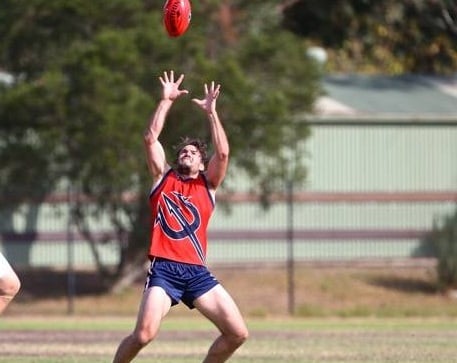 Another week of blow-outs to finalise Round 16 but, the news of the week was definitely, North Brunswick’s amazing and convincing win at Mt. Lilydale. Apologies to all also, as I have been reporting top 6 for the finals and I have just found out it’s actually a Top 4. With that said, the top 4 appear to be done but, where will they finish? To last week’s games:

Playing for pride, were Box Hill North, hosting Manningham. After being inspired by club great, George Cavallo’s 350th match in the Two’s win, the Demons jumped out the blocks early, catching the Cobras off guard. If not for inaccurate kicking (3-6), this margin could’ve been worse. Come the second, Manningham took the 2nd quarter over and it was then their turn to dominate but, kick a woeful 3-10 in front of goal. The long break had woken the Cobras as they then kicked straight (13-4) and ran out winners by 39 points. Michael Tilley, Ruckman Cam Liston and Damon Earp (3 goals) impressed for the Demons. For the victors, Tim Conn bagged 5 after only having 1 goal to his name for the season. Nicholas Edwards booted 4 and veteran, Scott McPherson (1) was BOG

North Brunswick have belief in themselves but, there was no “Bull” about their display last Saturday, knocking off Mt. Lilydale at home. Mt. Lilydale made 5 changes but, they were a shadow of themselves from last week. The Bulls win was feat no-one had yet done at Quarry Rd and it started from the opening bounce kicking 5-1 in the first quarter and holding the Rams goal-less in the first half. North Brunswick had clearly done their homework and were well led by BOG Nathan Trewhella, Pat Notaro (8 goals) and Paul Butler (3). Mt. Lilydale were without captain Sam Hickey but, Max Hampton was held goal-less despite playing well up the ground. Sean Gibson was the Rams best along with Daniel Dimitriou (2) but, it’s back to the drawing board for Mt. Lilydale with finals looming.

Chadstone headed out west to tackle Point Cook at Saltwater Reserve. This match was a whitewash and unfortunately for Chadstone, they actually appear to be getting worse as player availability is dwindling each week. But, the day really belonged to Point Cook as they rarely got out of 2nd gear and looked ominous. William Dawson (14 goals) and Matt Herbertson (10) clunked everything that came their way but, the delivery from mid-fielders, BOG Jordan Lampi (2) and Paul Hegarty (4) was sublime. The Doggie defense led by, the tall athletic defenders, Mason Kip (1) and Robbie Milne (1) were too tough for the Synners who tried hard but, relied too heavily on defenders Ian Seagrim, Daniel “Daffy” Cumming, Jase Edwards, Ruckman Blake Stewart and Dave “Doug” Fernandez.

Eley Park appear to have bounced back into form after a weeks rest, out-classing the visiting Masala at Whitehorse Reserve. A dominant display from start to finish led by BOG Dan Isaac, Brent Christie (7 goals), 4 goals each from Chris Brown and Brendan Rush. Along with the Mt. Lilydale loss, this now sees them sneak up to 3rd and all of a sudden the Sharks season is back on track. The loss for Masala is another bad one after showing so much promise in May/June but, with Point Cook next week, they may have to wait another week. Masala’s individual results were not available at the time of writing.

With just the two rounds to go, the top 4 are set. Westbourne will be minor premiers, Doggies 2nd but, 3rd and 4th are still being fought out between Eley Park and Mt. Lilydale. For everyone else, it’s pride. To this week’s games:

My Match of the Round this week has to go to North Brunswick (5th), hosting a rejuvenated Eley Park (3rd) the Bulls are about showing last week was not a “flash-in-the-pan” but, the match is too important for the Sharks to let slip. Eley Park

Chadstone (9th) have their match for the year, as they head out next door to Elgar Park and Box Hill North (7th). I’m expecting more a fight from the Synners but, it will still be a Demon victory.

Lastly, Westbourne (1st) are going from strength to strength. After coming off a bye, they host Manningham (6th) and should account for them rather easily.

Mt. Lilydale (4th) get the bye this week. A lot of thinking to after their disappointing loss and they have the last chance to knock off undefeated Westbourne at home.