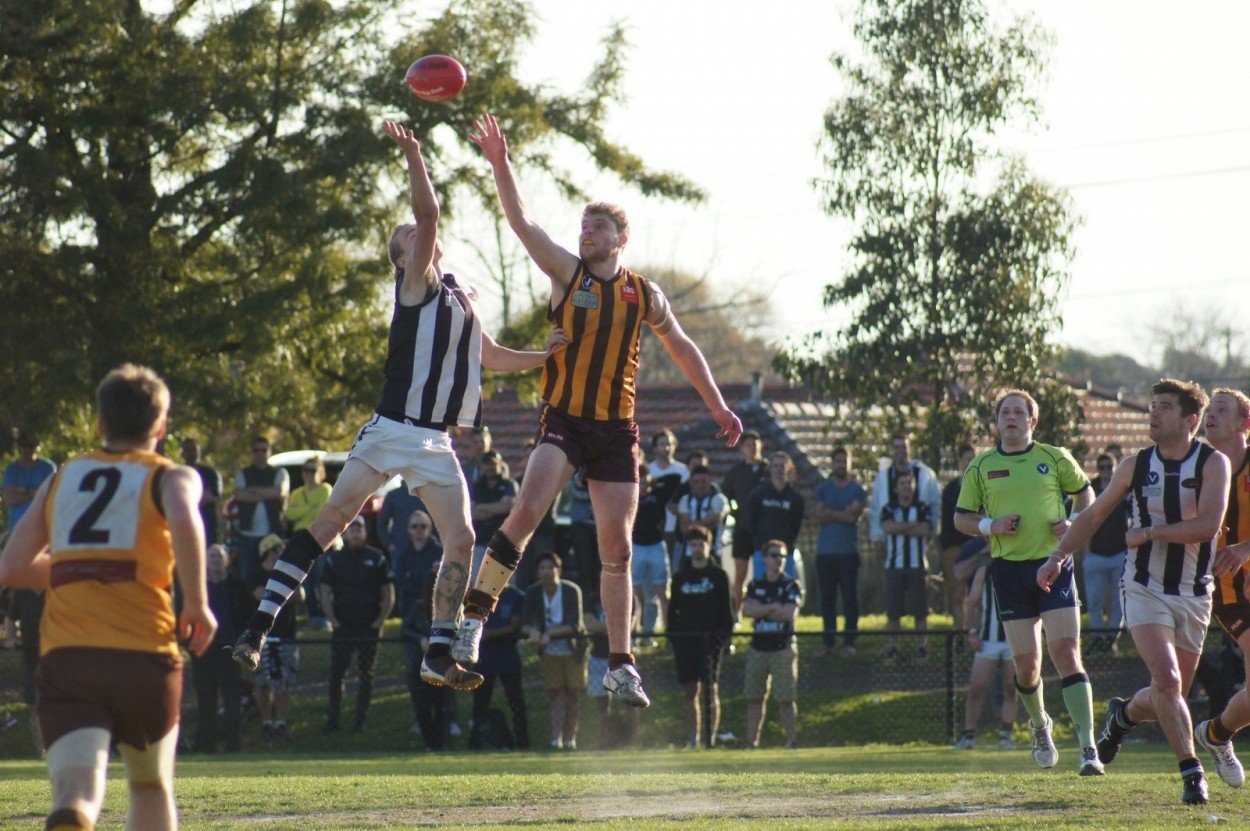 Division 3 is in many ways the heart and soul of the VAFA. Northern Blues and Richmond Central have left us for greener pastures and South Mornington too, have gone for a spell. Division 3 is a section full of promise, whilst also retaining memories of a bygone era. A genuine mix of the new, and the old of the VAFA. UHS-VU carry the mantle of veteran club in the section. The Vultures have spent time in the upper echelons of the VAFA, whilst Power House and Albert Park (under the guise of ANZ Bank) are no spring chickens either. As these clubs will try to return to former glories, their challengers are in many ways just hitting their straps. We welcome back West Brunswick and Hawthorn from Division 4 and Glen Eira join us from above. These clubs join the mix of Division 3 in the fight, first for bragging rights, then to ensure enough wins to avoid the drop. If this is all achieved, the focus can be made on trying to make the six. It is a fantastic section of football, good luck to everyone of the 12 clubs striving to become two.

It would be foolish to look past Emmaus St Leos whose heartbreaking 1-point preliminary final loss to the eventual premier would surely still be fresh in the memory of the players. Arguably the best performed team in the section last season with a percentage of 186.85%; one more win would have seen the Animals claim the minor premiership. Anything less than a top four finish would be an enormous surprise.

Aquinas OC could also stake their claim as a serious premiership fancy. After beating Emmaus twice during the regular season, the Bloods would have been a confident bunch heading into the finals series. Like Emmaus, they just fell short of a hot Richmond Central. There’s no reason they can’t repeat their success this season. Top four.

Despite finishing 4th on the table, Swinburne University would undoubtedly be disappointed in their inability to match the top teams last season. The Razorbacks will be sure to make this consistency a point of focus in 2015, after failing to beat any of the other three teams in the top four. At times they played scintillating football, and with a bit of luck and some 4-quarter efforts there’s nothing stopping them from playing in another finals series.

Albert Park were no slouches last year but were a couple of lengths off the pace of the sides above them. The goal must first be to repeat the achievements of last season by winning regularly against the teams they should beat. Then if they can challenge the top sides more often it could see them challenge the top four.

Power House have shown gradual improvement under Ant Voyage and in his third season at the club he will be aiming for finals action. Power are in the same position as Albert Park, able to win the games they should but just falling short against the ladder leaders. Power House will be contending again, with a bigger focus on keeping their percentage in check in the harder times.

UHS-VU were one of the surprises of 2014. A preliminary finalist the previous few seasons, the Vultures fell off the cliff badly last year. Injuries and absentees played their part, so expect them to bounce back this year. Struggle to see how they could miss finals this year given their talent.

Off season turmoil had St Francis Xavier steal the headlines for the wrong reasons just a few weeks before the season start. The X-Men have lost a host of players and by all accounts are still struggling with their depth. This club was on an upward trend only two seasons ago so let’s hope they can rally enough players to help maintain their position in the section for another season before. If they do, it will be one of the stories of the year.

Eley Park found a way last year to win the games they had to avoid the bottom two. With the club disbanding their thirds, the Shark’s depth will be tested this year. The club is full of enthusiasm and despite a coaching change in the pre-season (See For the love of the game), the Sharks could still push up the ladder this year.

La Trobe University took all before them in the Club XVIII Section 3 competition last year, but struggled in Division 3. They earned a stay of execution via the departure of Banyule from the VAFA. There is a lot to improve on from 11th spot and with a campus of students to pull from, hopefully enough good ones decide to pull on the red and black stripes.

The new brigade is headlined by West Brunswick who are no stranger to arriving in this section as premiers having last done so in 2008. The Pies are a good outfit and have a well structured team in place that can certainly match it at this level.

Their Grand Final showing last year will burn Hawthorn. Undefeated and seemingly destined for Champion Team status, the Hawks fell at the final hurdle. Have they held onto their elite talent? Are they ready to make good on their premiership promises to each other? The Hawthorn of 2014 are certainly good enough to do damage in Division 3. The question is are they the same Hawks this time around?

Glen Eira have had a horrid couple of years, but you get the feeling some positive times are just around the corner. The club is resolute as ever and despite some thrashings last year, they did at last win a couple of games. Expect the Saints to fight back in 2015.

So Round 1 is here, the Division 4 Grand Final rematch is the highlight of the six fixtures, but of equal interest is UHS-VU hosting Power House and whether the Animals will have the same bite when they take on the Falcons.