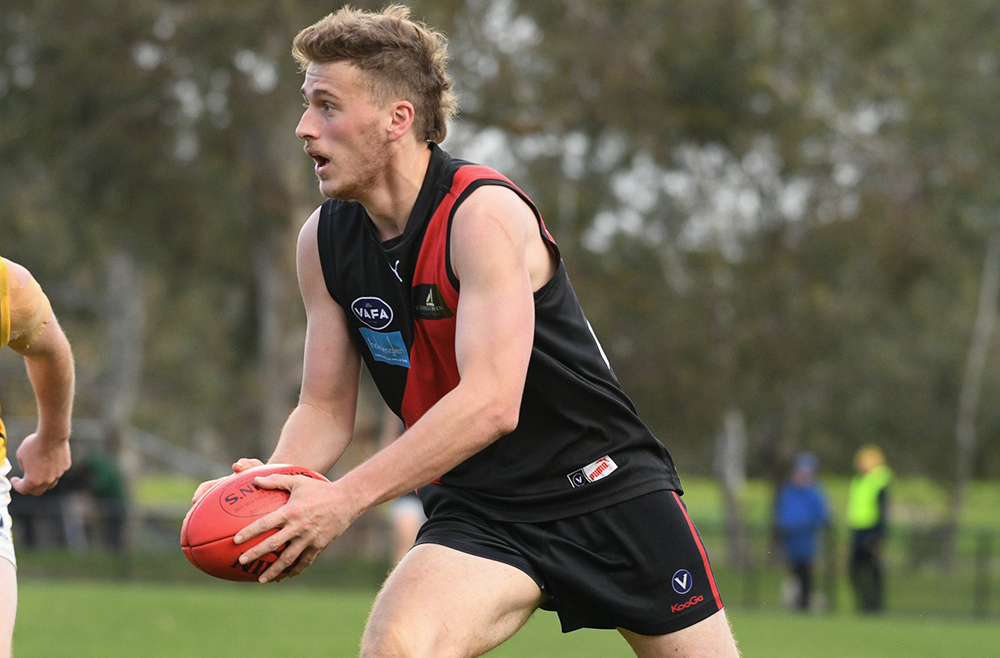 Four more results and yet absolutely zero movement on the Division 4 Men’s ladder as Round 10 was run and done over the weekend.

Elsternwick bounced back from their first loss of the season in Round 7 with a comprehensive 125-point win over Masala-Dandenong at Holmes/Todd Oval. At home and refreshed, the Wickers kicked five goals to one in the opening term before inflicting as much damage as possible with 17 goals to two thereafter. In just his second game for the season, Julian Yeatman returned to his goal-kicking best with a match-high six majors, while Cameron Campbell slotted four. The result marked the fifth time this year that the Wickers won by over 100 points and their second against Masala. They will now face an equally embattled Box Hill North at Elgar Park while the Tigers will look to bounce back in a winnable match against Swinburne Uni.

The Demons, who sit in eighth spot with one win on the year, took it right up to La Trobe University on Saturday but eventually fell by 22 points. The Demons led at both QT and HT before the Trobers kicked into gear with five goals to one in the second half. Dominic Tracy and Darcy Thorn were named best for the Trobers while teammates Joshua Horder and Patrick Lindsay booted three goals each. Stephen Keenan was a force up forward for Box Hill with three and Peter Cassidy-Marsh continued his B&F form as their best. Box Hill will be tested the Wickers this weekend after going down by 252 points in Round 2, while La Trobe travel to Thomas Carrol Reserve for a return bout with St John’s that resulted in an 89-point Trobers victory in Round 7.

After three tough weeks heading into the Rounds 8 and 9 cancellations where they kicked a total of just 9 goals, St John’s impressed despite going down to South Melbourne Districts by 12 points at Lindsay Hassett Oval. The Bloods were all the rage after their Round 7 victory over the previously undefeated Elsternwick but were made to work as the JOC’s trailed by just five points at the last break before both sides squandered opportunities in the final term (1.6 (12) – 0.5 (5)). Michael Dufficy, Jack Stratford and Toby Parish kicked two goals apiece for the Bloods, with the former named best afield. Nicholas Terrill continued his outstanding form for the JOC’s with three goals and plenty of touches. Terrill has now been named in St John’s best in seven of his eight games. He will now be tasked with helping the JOC’s break their four-game losing streak against La Trobe this weekend, while the Bloods will host the fifth-placed Eley Park Sharks after beating them by 98 points in Round 2.

The Sharks will head into that match with momentum after they claimed their third win of the season last week, defeating Swinburne Uni by 16 points at St James Park. The Sharks won the game with a blistering opening term of five goals to one before things evened out over the ensuing three quarters. Jesiah McGarvie kicked three goals and took his season-tally to 21 from seven games, while Jaydn Pridmore was BOG. Brent Hodson and David Rinaldo were once again standouts for the Razorbacks, as they prepare for a winnable match against Masala. In fact, the last time they played Masala in Round 6, it was a 22-point victory in favour of Swinburne. Eley Park will be the next team trying to stem the flow of South Melbourne Districts.