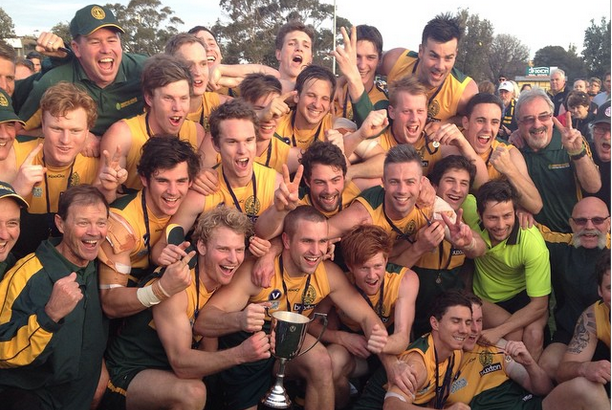 ROVERS GO BACK TO BACK, COLLEGIANS THROUGH TO GRAND FINAL

Hampton Rovers have won back-to-back premierships after they defeated Parkdale Vultures by points in front of a huge crowd at Trevor Barker Oval. The Rovers were dominant from the start and stamped their authority on the contest with a huge second term that saw the margin blow out to 50 points.

To their credit Parkdale Vultures fought their way back into the contest but to trail by just 17 points at three quarter time, but could only manage a single goal in the last as Rovers kicked three straight to eventually win by 27 points.

Hampton Rovers midfielder Jay Ting won the medal for the best on the ground.

In Premier Collegians will meet University Blacks in the Premier Section Grand Final next Saturday as they proved too strong for St Bernard’s recording a 40 point win. St Bernard’s exit September in straight sets with consecutive seven goal losses.

Collegians are through to their fourth Grand Final in Premier in five years and will meet a Blacks side playing in their first Premier Grand Final since 1974.