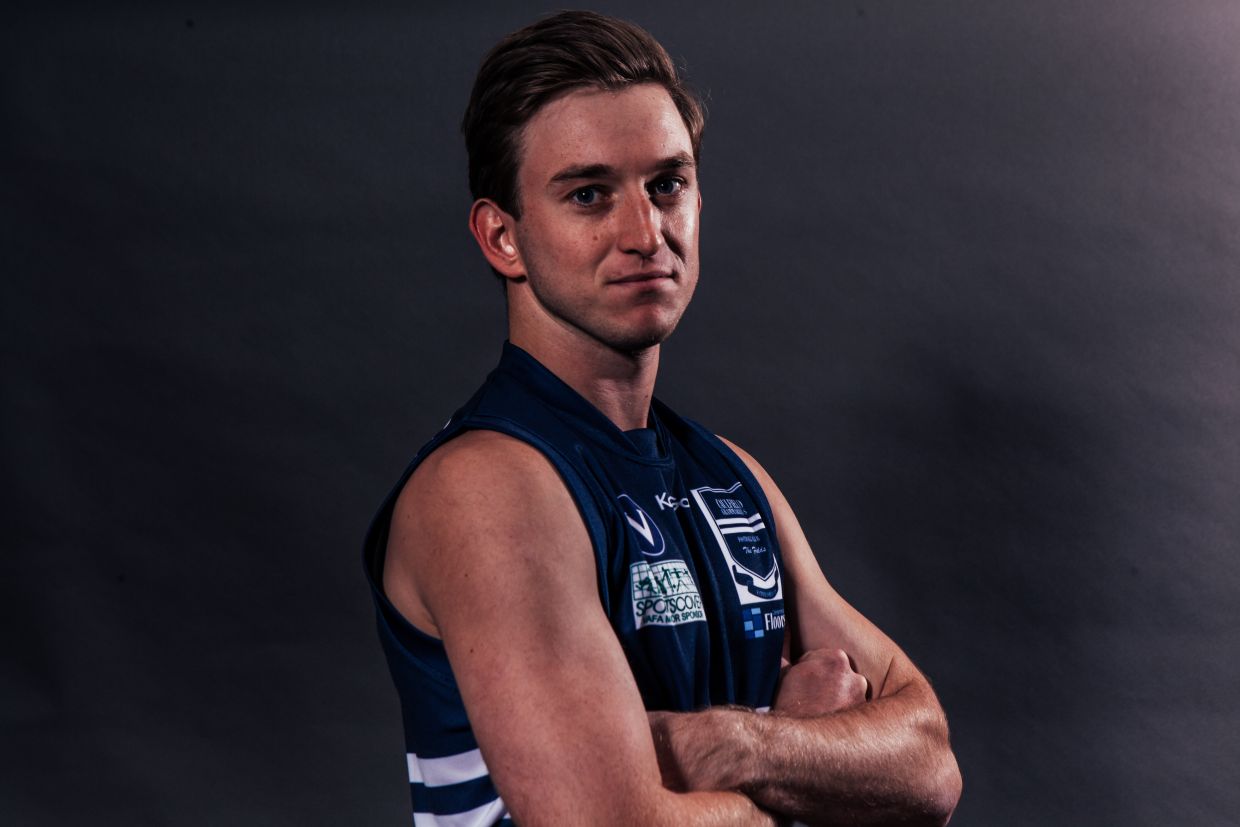 Second half the difference in Premier C

Last year’s Premier B relegated sides, Mazenod and Caulfield Grammarians, hold onto first and second spot with the Nodders remaining undefeated after eight rounds. Mazenod were caught flat footed to a quick Williamstown CYMS last Saturday. The Cy’s shot to a 29 point lead at quarter time and maintained a 14 point lead at half time before the charging Nodders began their attack. Unfortunately for the Cy’s, they only managed four behinds after half time as the Nodders slammed home 19 scoring shots to finish the game winners by 46 points. Young gun Kieren Mckeogh played his best game for the year for the Nodders, finishing with four majors bringing his season tally to 16. Tim Murphy tried hard all day and continued his consistent form, whilst Jack Gray was the only multiple goal scorer for the Cy’s.

Ormond notched up their second win for the season last Saturday against bottom of the ladder Marcellin. As we enter the half way mark of the season, Marcellin have been the real surprise packet, but for all the wrong reasons. After years of dominating Premier C and being one of the driving forces, many had them picked to finish top four again and hoped they would finally get their chance at a premiership. But they remain with one win and face ladder leaders Mazenod this weekend. Ormond led the contest all day keeping themselves 20 points clear ahead of Marcellin for most of the day. Robert Chisholm and Sam Mason combined for eight goals thanks to the fine work up the ground from Matthew Martinov.

Old Camberwell put in a gallant last quarter to beat Kew by only three points at Victoria Park. After trailing by two goals at three quarter time but kicked five goals in the last quarter to Kew’s two. It was a shootout between the forwards with Brazzale at one end and Kanz at the other. Both finished with four a piece bringing Brazzale’s total to 26 and Kanz’s tally to 27. Young gun Billy Shute stood up at times of test for the Bears but it was the James Howells and Mitchell Trait combination that formed to be too strong.

The master and the apprentice combined for 13 goals with Bromley kicking six and Cloke kicking seven last Saturday which was as many as their opposition in Old Ivanhoe Grammarians. The third quarter was the difference, Old Ivanhoe went goalless whilst Oakleigh booted home nine majors really bridging the gap between the two. Matthew Ferguson finished with three for the Hoers bringing his average to over 2.5 a game. Nicholas Marshall continues his consistent year with his best game to date last Saturday.

Peninsula Pirates are starting to slip down the ladder as they fall to three games behind the ladder leader. Despite their strong percentage, the Pirates have now lost two games on the trot, including last Saturdays to Caulfield Grammarians. Caulfield proved to be too strong in the second half kicking seven goals to the Pirates two. Division 1 scribe, Thomas Feldgen played his best game for the year combining well with Moignard and Payze who were the only two multiple goal scorers with two apiece. Ryan Harris was superb for Caulfield, as 8 players chimed in to kick their 11 goals for the day. Louis O’Keefe finished with only two goals as he starts to receive some closer attention his since haul of 8 the week earlier. Caulfield will play Old Ivanhoe this weekend with a chance to put a game between themselves and third position.