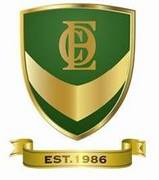 Under 19/Club XVIII: Same as above

Unable to field both seniors and reserves, the Turtles served a long stint in the VAFA’s Club XVIII competition, winning premierships at that level in 1993 and 1999.

In early 2000, the club elevated to D division and the seniors reached the 2007 Division 4 grand final, losing to UHSOB-VU, thereby earning promotion to D3 Grade. After qualifying for the 2008 D3 finals in fourth place the side reached a second straight grand final which also ended in defeat at the hands of Williamstown CYMS. As a result the club was elevated to Division 2.  During the same period the clubs reserves won two premierships out of three grand final appearances.

The club has remained competitive in Division 2 having played finals in four out of the last seven years, with two preliminary finals berths.