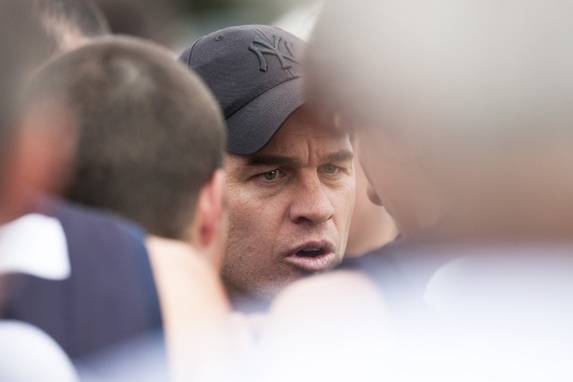 The Beaumaris Football Club is delighted to announce Steve Lawrence as its senior coach for the 2014 season.
Steve comes with a wealth of experience from the AFL, VFL and the VAFA.
Steve played 120 games in the AFL with Brisbane and St Kilda. He began his coaching career at Port Melbourne as an assistant coach and then joined Old Scotch in 2006 as a player and assistant coach. He became the senior coach of Caulfield Grammarians in 2008.
Under his stewardship Steve took Caulfield Gr. from Premier C  to Premier winning the Premier B premiership in 2011. In doing so Steve was awarded the VAFA Coach of the Year. This feat was more significant as Caulfield Gr. had not played in the VAFA’s Premier Section for 27 years. In 2013, Steve was assistant coach at St Bedes/Mentone Tigers.
Club President Ron Buller is excited about the appointment and said, “Steve will be a great fit for the club and we look forward to seeing him work with our players in 2014 as we strive to build on the club’s recent successes.”