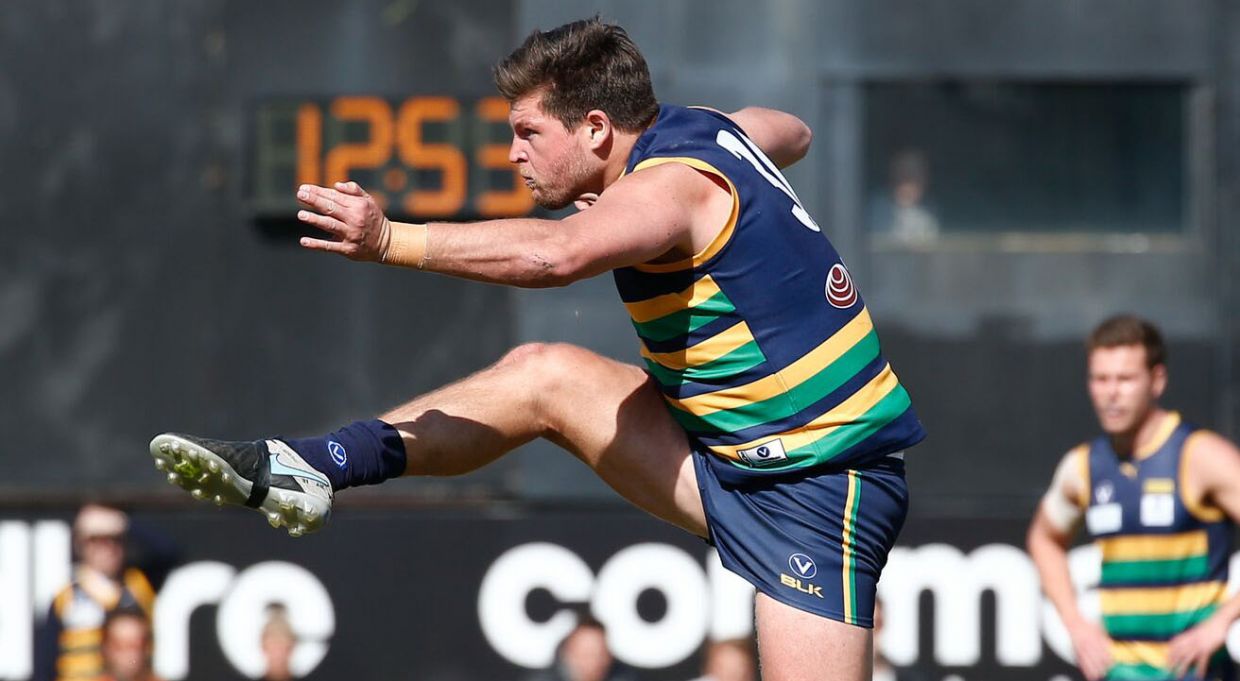 Few breathe VAFA football quite like Anthony Lynch. I mean, the St Kevin’s co-captain has been doing it for 16 years.

This weekend, ‘Plugger’ will notch game 250 against Old Xaverians and become just the sixth player in SKOB’s 71-year history to reach the feat.

After captaining the St Kevin’s College First XVIII in 2003, he joined SKOB as a big-bodied full-forward and took little time to debut at senior level when he kicked six goals against Old Paradians. Legend suggests a Raiders defender attempted to go head-to-head with Plugger at one particular contest that day and came off second best, but legend is often just that.

Every game he’s played since 2006 has been in the senior side and few would argue he has turned himself into one of the greatest, albeit unlikely, ruckman in the VAFA. Plugger’s height is not of a traditional ruckman, but his unrivalled strength and ability to outmanoeuvre fellow talls has allowed the Luke Mahoney’s, Ben Dowd’s, Tom Simpson’s & Gerard Gleeson’s of the world first use of the ball for 16 years.

He led SKOB to their fourth senior premiership and back into the top tier of the VAFA when they claimed the Premier B title against Old Melburnians in 2015, but that was ultimately a pre-cursor to the club’s first-ever William Buck Premier/A Grade flag just two years later.

He epitomises what representative football is in our association with his passion, dedication and unrelenting desire to dignify the jumper. Six times he has earnt it and six times he has honoured it. Looking back, it’s insane to think he was unsuccessful in his first few attempts at breaking into the Big V’s final 22, but his persistence has since earnt him captaincy (twice) and best on ground honours as recently as last year.

A snapshot of his achievements is below:

Accolades aside, Plugger is a genuine leader and an even better bloke.

Former SKOB coach, Dave Murray, praised Plugger’s work ethic and described his loyalty, mateship and respect for others as his ‘one wood’.

“Everyone walks taller when Plugger is on board,” Murray said.

“His presence is legendary, and he is a competitive beast who thrives on physical contests. But further to that, the value he puts on mateship and making sure everyone is welcome and valued is unmatched.”

“Plugger is defined by his passion for SKOB and he has always been prepared to give his all for the team.”

For those who know Plugger, it’s hard to disagree.