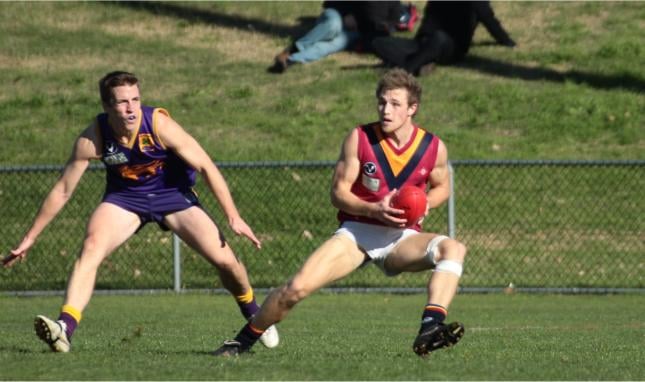 SUNDAY IN THE PARK

Collegians wore down Old Scotch to win their Sportscover contest by 39 points. While the Red Men were in it early, and in front for a brief moment in the second stanza, they succumbed to the relentless pressure exerted by the reigning premier.
The Lions had too many answers, with Cameron Lee playing his best game since crossing from Werribee Districts and experienced hands Dan Strachan and Andrew Scott paving the way for youngsters Jack Bull and Lachlan Ferguson.
The loss of Mark Passador in the second term was a blow for Scotch, who went into the contest already minus a few stars with injury. Hamish Dick was again a standout, James Bowden and Nick Jamieson ran hard all day, Shane Neaves was strong in the ruck and rookie Gene van den Broek looked very much at home at senior level.