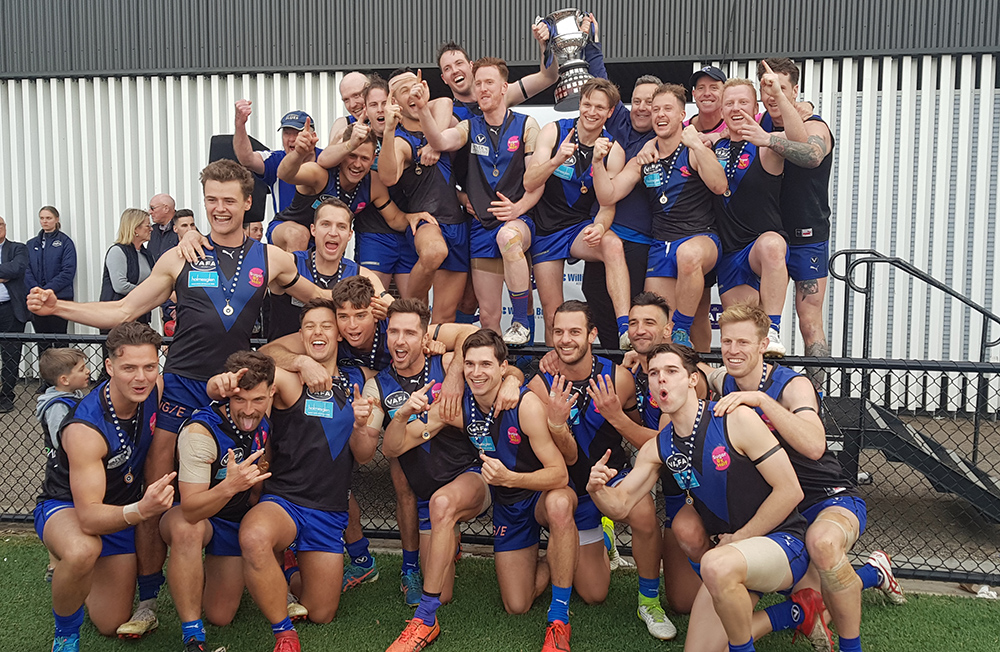 The drought is over, Uni Blues are premiers

Starved of the ultimate success in the VAFA’s top section since 2004, the Blues kicked five goals to three in the opening term after stemming a hot start from SKOB after the reigning premiers had five of the first six scoring shots but kicked just two goals.

Luke Russell was a standout through the Blues’ midfield with 30 disposals and seven inside 50’s and was named the Jock Nelson Medallist as the best player on the ground.

Just eight points separated the two sides at the half but the Blues exploded in the third term with six unanswered goals while SKOB missed crucial opportunities with five straight behinds.

Tim Harper had just six kicks for the day but made them count with five majors while Jeremy Taylor booted three. Piers Flanagan was sensational across half back with 25 possessions alongside Marshall Rippon who copped two brutal hits early but continued to fight throughout the day.

SKOB midfielder Lachie Sullivan stood head and shoulders above his teammates for a large part of the match as he accumulated 36 touches, nine clearances and 10 inside 50’s.

Anthony Lynch fought valiantly in his final game for SKOB with 40 hit outs in a sensational bout against Ayce Cordy as Jarrad Waite and Phil Edgar chipped in with two goals each.