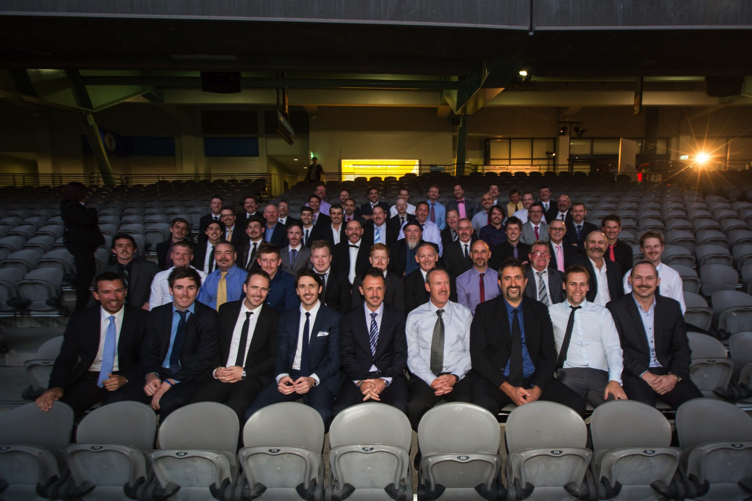 Four years ago, Therry Penola Amateur Football Club legend and stalwart, Col Gibson, lost his battle with prostate cancer. In order to keep Col’s memory alive, and to raise money for men’s health as part of Movember, TEAM GIBBO was established. In its first three years, $32,586 was raised.
In 2013 TEAM GIBBO took a different twist following a tragic horse accident leaving one of Therry Penola’s own, Ricky Bannister, a quadriplegic.  The TEAM GIBBO Mo Bros still grew their moustaches, but with the support of Movember and the blessing of the Gibson family, all money raised has been donated directly to aid the recovery and rebuilding of Ricky.
Ninety TEAM GIBBO Mo Bros came together and produced 1164 individual donations and a total of over $71,000 with donations still coming through. An incredible effort!
To read more or to donate go to www.rickybannister.com.au