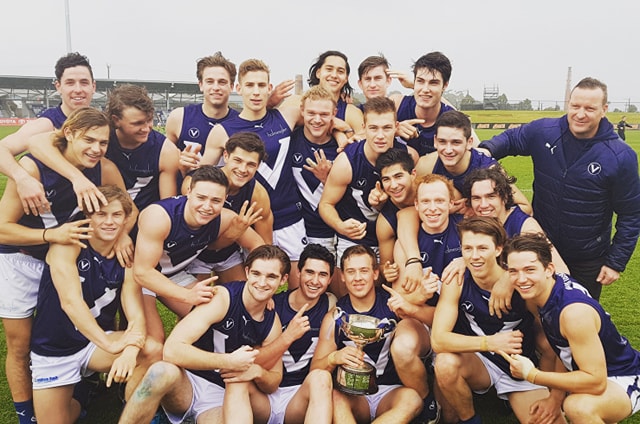 The Big V U19s made it four wins from separate teams for the first time in the history of our Association when they defeated AFL Victoria Country by 23 points at Mars Stadium in Ballarat yesterday.

Following in the footsteps of the senior men’s, women’s and B-D4 sides over the past month, the Big V set the scene for their first win against the Country in five years when they kicked five unanswered goals in the opening term and led by 34 points.

The Country answered in the second with most of the play, but the Big V defence held strong before piling on another four goals to three in the second half.

Ned Reeves (St Kevin’s OB) was outstanding in the ruck and Durras Seccull (Old Haileybury) joined Zimmerman as the only other multiple goal scorer.