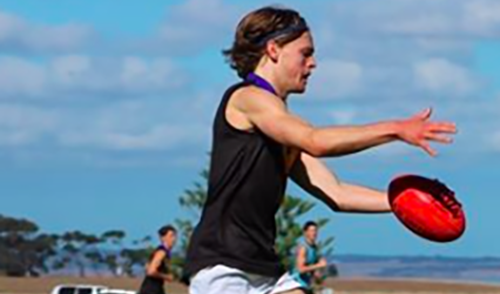 The VAFA would like to congratulate Old Carey’s Oscar White on his selection as the Rising Star nominee from Round 5. White had 20 disposals and eight marks for Old Carey on the weekend, averaging 19 from his three games.

“Beginning his football career with the club in 2017 as an underage U19 player, Oscar’s running capacity and left foot kicking skills have seen him transition into the seniors in 2019 – with his debut match coming in Round 2 in a Grand Final rematch against St Bernard’s.

An endurance machine with an elite ability to switch the ball through the midfield, Oscar has so far filled the role of a half back flank for the Panthers.

With a game-style which emulates that of Isaac Smith or Lachie Whitfield, it is no surprise that Oscar is also currently VFL listed at Northern Blues FC.”