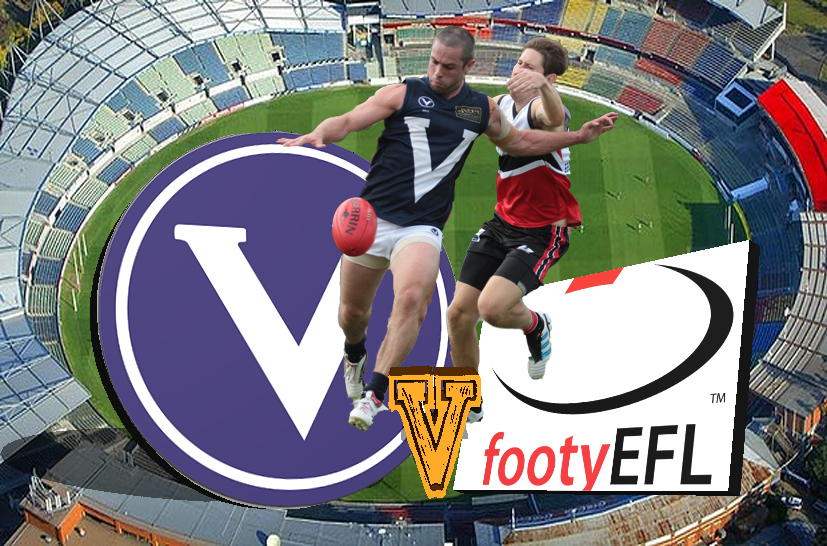 The VAFA Big V Selectors have named a strong squad of 46 for the AFL Victoria Metropolitan Championships to take place on Saturday 29 March at Carlton’s Visy Park.
Twelve players who played in the Senior Big V side against AFL Victoria Country are included in the squad. Selectors were challenged with some key players unavailable due to pre-season injury, moves to VFL and in the case of Pat Ambrose, AFL lists as well as a couple of unavailabilities to those interstate or overseas before the commencement of the season.
Nevertheless Big V Selector and Director of VAFA Representative Football, Nigel Credlin, believes this to be a very strong squad, particularly considering the match will be played in pre-season.
“Everyone in this squad is fit and keen to play in this match against a strong Eastern Football League opponent” said Credlin.
The side is laden with talent from both Premier and Premier B clubs. Whilst the majority of players selected play at Premier clubs, fourteen players from Premier B clubs have been chosen in the squad including many with past representative experience.
In total 16 VAFA clubs have players represented in the squad, all ten Premier clubs have a representative and six clubs from Premier B.
VAFA Coach Simon Lethlean was keen to point out that despite the VAFA’s success in the past over the EFL, this fixture was a new match entirely.
“Anytime a VAFA representative side is assembled for a match, the results of the past are not relevant to what is to come” said Lethlean.
“Given the nature of representative football programs, whenever you play against another rep side, usually a couple of years have passed since the last encounter, hence players have turned over, coaches have turned over and even game styles change in that time.”
“You have to approach each representative match like a grand final because there is no second chance.”
“Hopefully our experienced representative players can pass this on to our younger squad inclusions and everyone will be very keen to be a part of the final 24.”
The VAFA squad will assemble for their first training run on Thursday 13th March at Collingwood’s Westpac Centre. The VAFA was delighted to secure the first class venue as a training base in the lead up to the game and would like to thank Collingwood Football Club for their support and access to their facility. The squad will train again on Thursday 20 March, Tuesday 25 and Thursday 27 March before the Saturday meeting on 29 March.
The number 1 ranked VAFA meets the number 2 ranked EFL in the headline match of the Metro Championships with the bounce of the ball at Visy Park schedule for 3.35pm. The feast of championship football commences earlier in the day with Western Region Football League (ranked 5th) playing Southern Football League  (6th) at 11.15am before the Essendon District Football League (3rd) play the Northern Football League (4th).