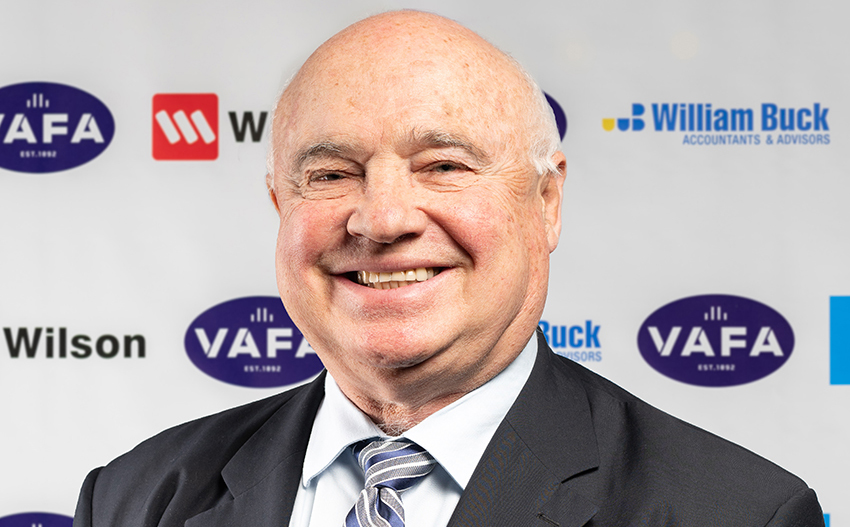 The VAFA congratulates our President, George Voyage, after he received a Medal of the Order of Australia for service to amateur football and cricket at the 2021 Australia Day Awards.

George started his VAFA career with Caulfield Grammarians, playing 240 games over 18 seasons and taking the reins as senior coach twice. He is a life member of the club.

George coached the Big V A-D4 and C-D4 teams from 1997 and enjoyed an envious winning streak in that position with only one loss (in his first year at the helm).

He joined the VAFA Board in 2008 and was elected President in 2018. Further, George was awarded a VAFA Merit award in 2005 and the VAFA Personality of the Year in 2007.

Further to George’s award, former Amateur Footballer Editor, Janet Howard, was also awarded a Medal of the Order of Australia for her outstanding service to cricket.

An outstanding achievement, George and Janet.