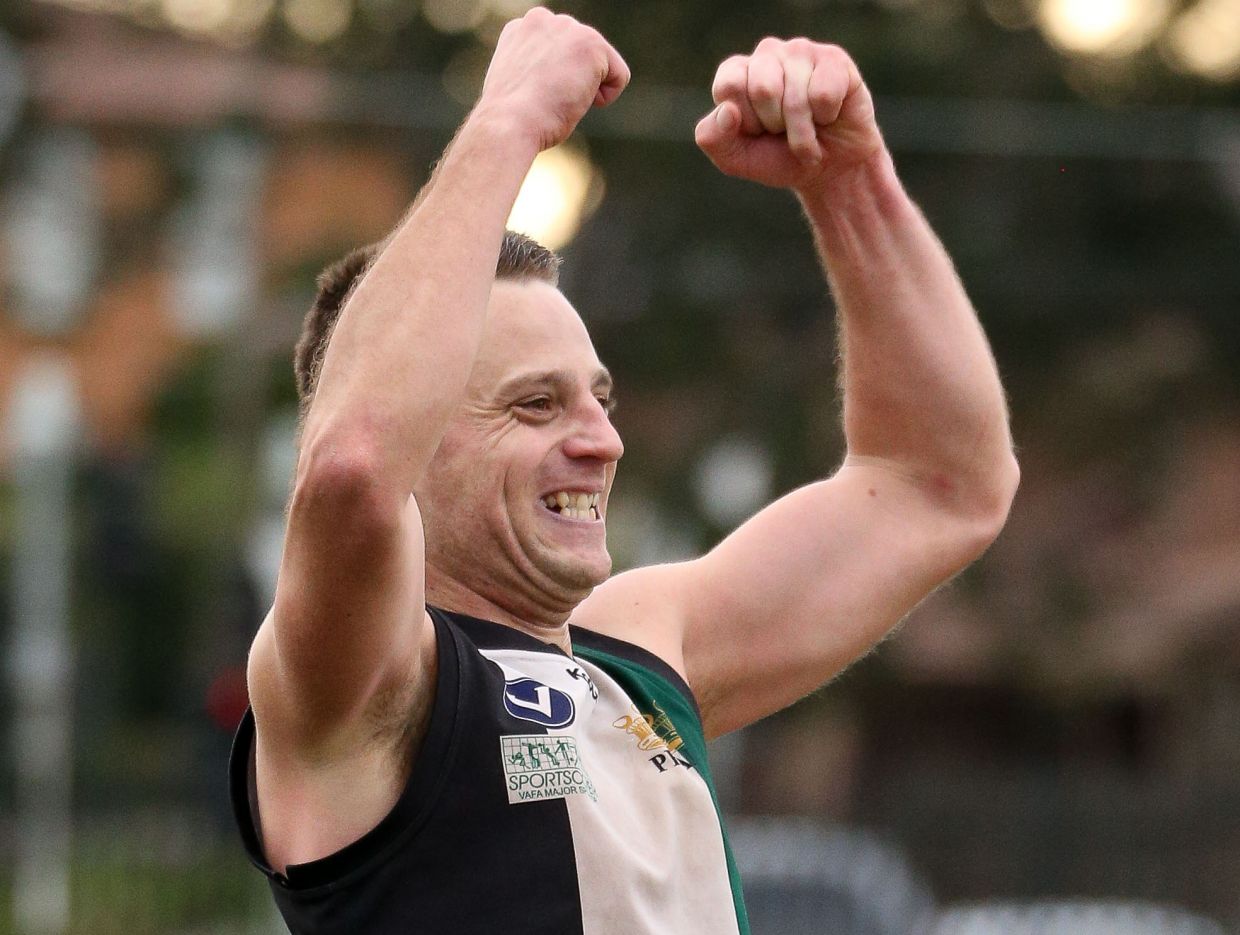 40. The House power to finals

After the first 12 rounds of the season, Power House were struggling in ninth spot on the Division 3 ladder with just four wins and a percentage of 81.1. A four-point Round 13 win against Albert Park ignited a run of six consecutive victories and sensationally led the House to fifth, earning them a semi-final appearance against UHS-VU. They continued their hot form with a 17-point victory against the Vultures but were unable to overcome the might of Hawthorn in their preliminary one week later.  Ben Circosta (11), Ryal Yak (10) and Adam Collett (10) led the charge with 31 TIB’s between them for the season.

Down by five points with just minutes remaining in the fourth quarter, Hampton Rovers’ Nick Pavlou broke away from the pack and sent home a left-footed stunner against Old Brighton in Round 10. His teammate Ed Turner followed it up with the sealer moments later but the win will be remembered by Pavlou’s goal and THAT celebration.

Old Melburnians were arguably the most impressive side in William Buck Premier after they were promoted following last year’s grand final loss to St Kevin’s. Given little chance of remaining in the section for more than the one season, Premier Coach of the Year Nathan Brown had his chargers playing a hard-running brand of football capable of knocking over almost any opponent. Victories against Old Xaverians, De La Salle and University Blacks showcased their ability to mix it with the best and helped them finish sixth with eight wins and a tie. Nick De Steiger, Tom Paule and George Hurley-Wellington each earnt senior representative honours in June, while Paule also finished second in the Woodrow Medal count.

It was the start sides dream about. The Panthers were relentless in their bid for premiership glory and commenced the year with four wins by more than 100 points. Brunswick NOBSPC (152), Ivanhoe (116), Old Paradians (140) and St Mary’s Salesian (110) were the unlucky recipients as the Panthers rolled to an average winning margin of 129.5 points. Dustan Mills secured a bag of eight in Round 1, while Darcy Brown and Luke Hull kicked bags of seven and six respectively.

In just their second year of senior VAFA football, Masala registered three wins for their most successful season in their short history. What was more impressive was how they won their games by an average of 92.3 points. Sam Freeman starred in all three victories with bags of four, eight and four alongside Matt Decarne’s three hauls of four.

Matt Boland returned to the Parkdale Vultures after two years plying his trade for Subiaco in the WAFL. A highly talented former premiership player and leader of the Vultures, Boland’s Round 1 return saw him bag an unbelievable five goals in the first quarter against the Hampton Rovers. Devastatingly, tragedy struck in the opening minutes of the second quarter when Boland tore his ACL, causing him to miss the remainder of the season.

North Brunswick forward, Patrick Notaro, went on a tear from Round 9 – 18 and kicked four goals or more in nine consecutive matches. Despite not playing in Round 11, the goal kicking machine finished with bags of eight, six and three hauls of five in a dominant second half of the season.

Alex Mastromanno exploded onto the scene at Old Brighton as a talented 17-year-old forward. He played two games in Round 11 and 12 for seven goals and showcased some of the best handles in Premier B (see video). The Mastro quickly received his first taste of Big V action in the U19 rep side’s match against AFL Vic Country in July and booted four goals in a scintillating performance. A fan-favourite, expect the Mastro to provide numerous highlights for years to come.

Just one year after suffering relegation from William Buck Premier, Beaumaris hit straight back with premierships in both Premier B seniors and reserves. Despite losing to St Bedes/Mentone Tigers in the second semi-final, the Sharks’ seniors proved too strong for Old Scotch in the preliminary and then reversed the semi result with a 31-point grand final victory over the Tigers. The reserves finished second at the conclusion of the home and away fixture but two consecutive wins against the Cardinals paved the way for premiership success.