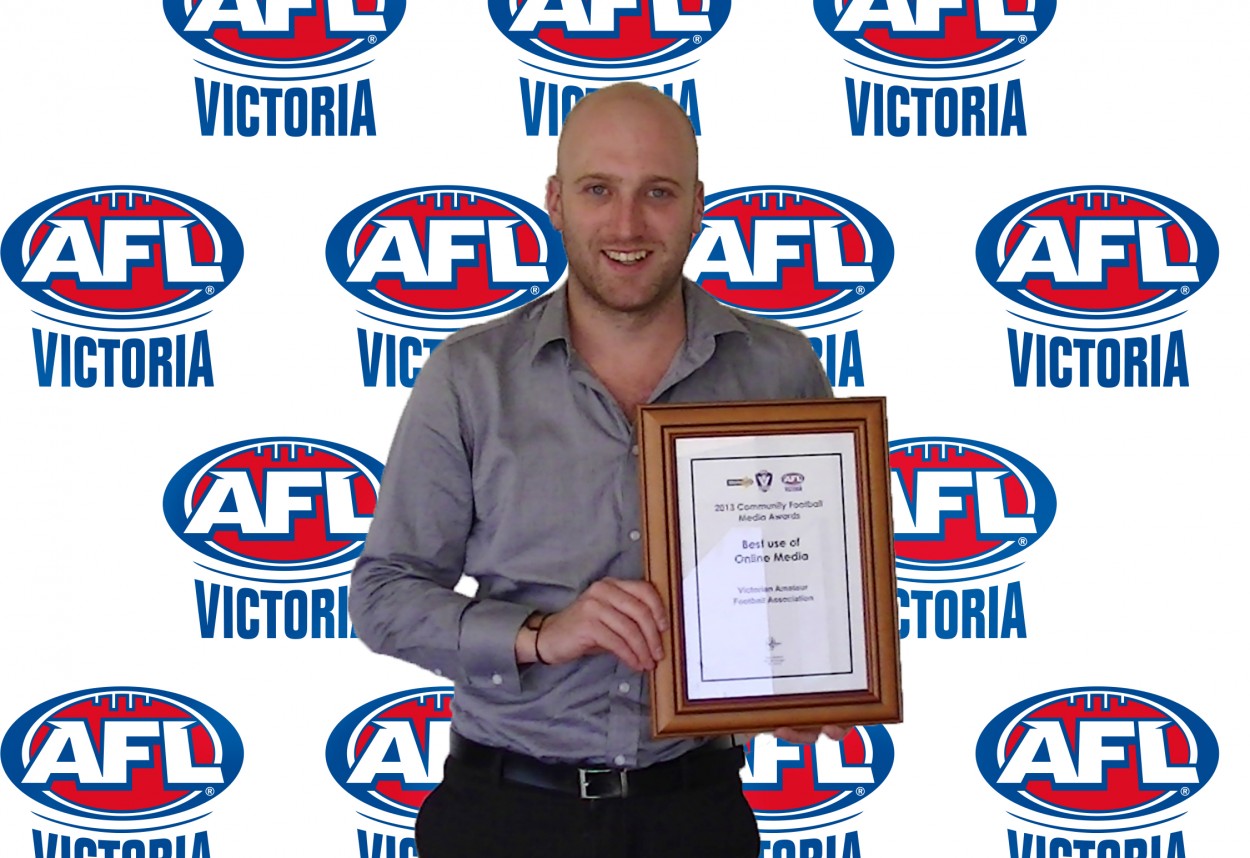 The VAFA has won the award for Best use of Online Media for VAFA TV at the 2013 AFL Victoria Community Football Media Awards. The AFL Community Football Media Awards were held last Friday at Melbourne Zoo where representatives from the media that cover community football competitions across Victoria gathered to recognise the coverage given to community football in season 2013.
There were fourteen awards presented on the day (four of which were dedicated to coverage of the VFL and TAC Cups). The VAFA managed to win the award for Best use of Online Media from a hotly contested field of entries including submissions from the Bendigo ipTV, Country Footy Scores, Eastern FL, Football Geelong, GV Footy Show, Northern FL, Southern FL and the Warrnambool Standard.
VAFA Media and Communications Manager and the host of VAFA TV Andrew Leonard was there to collect the award.
“It is great to be recognised for the work that we do, we wanted to offer a point of difference with our online TV show and I think we have achieved that in the past two seasons” Leonard said.
“Credit must got to the clubs of the VAFA who let us in to their inner sanctum on a Thursday night and provided us with the performances that made it onto VAFA TV’s Search for a Star each week.”
“We wanted the show to be as entertaining as possible for a wider audience and I think we achieved that this year” Leonard said afterwards.
AFL Victoria Media Manager and MC on the day, Anthony Stanguts asked Andrew on stage when he received his award what was in store for next year.
“Last year you had VAFA TV’s Strongest Man, this year it was ‘Search for a Star’, what have you got lined up for next year?” asked Stanguts.
“The brains trust haven’t sat down to discuss the plans for VAFA TV next year but now that we won this we will have to make sure it’s even better” responded Leonard.
The VAFA is delighted to win this award and sends congratulates all the other award winners on the day. A full list of all the award winners can be viewed here through the AFL Victoria website.