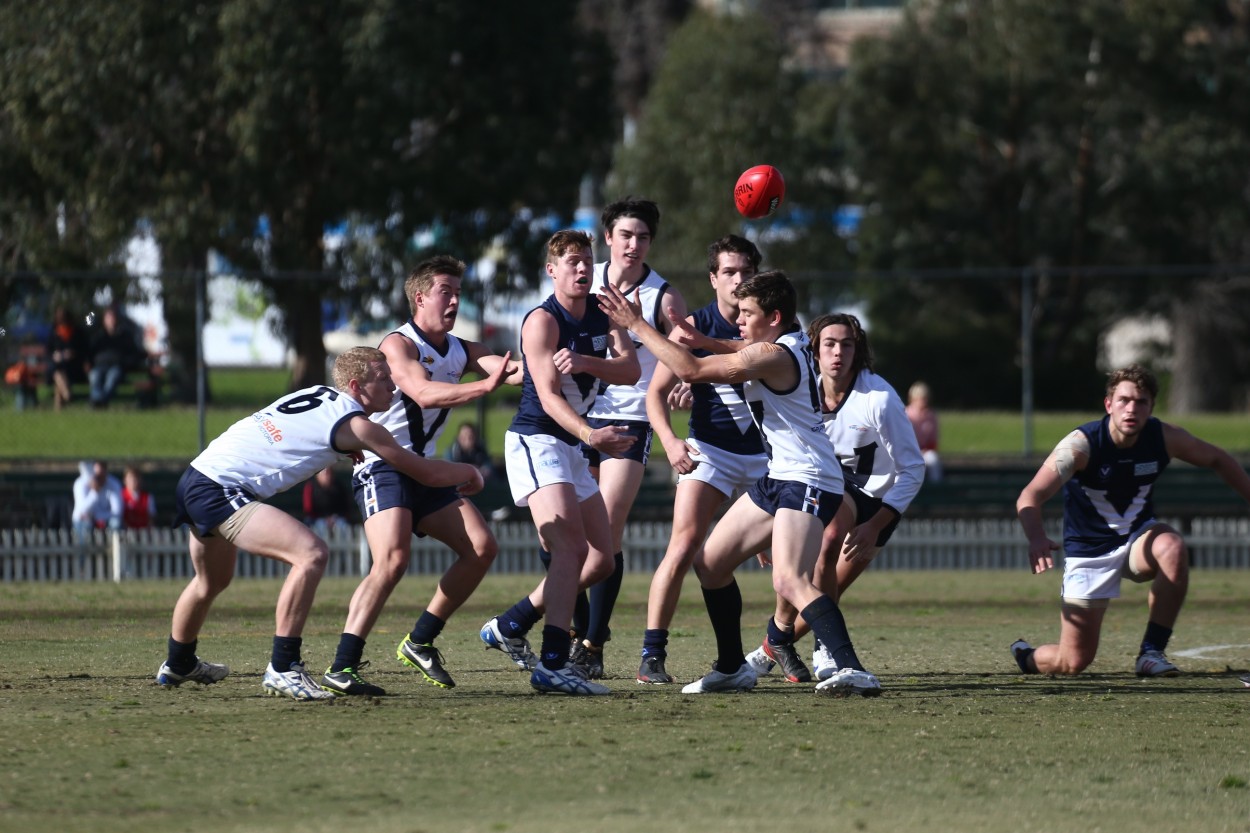 In arguably the highest standard under 19 fixture of the year it was the VAFA U19 team that held on to defeat the AFL Vic Country U19 team by just four points.
The Country team had a kick after the final siren to try to win the game but could only manage a behind.
With the VAFA side leading by 21 points at three quarter time and the country side struggling with their accuracy in front of goal the final quarter was set to be a formality.
However it was anything but, as the AFL Vic Country side started to run harder to space and more importantly kick goals.
The country managed 3.6 for the term to the VAFA’s 1.1 and in the end it was the country’s poor kicking in front of goal that coast them in their comeback and on the day.
The country probaby should have won with 26 scoring shots to 20 but the VAF were exceptionally well coached by David Gately and were led brilliantly on the field by Gabe Hamilton (Old Trinity) and Ryan Eade (University Blues) who was the unanimous choice for the best on ground award.
The VAFA U19 now take a 5-3 win loss record over the country in their completed full matches since 2001.
VAFA U19 v. AFL Vic Country U19