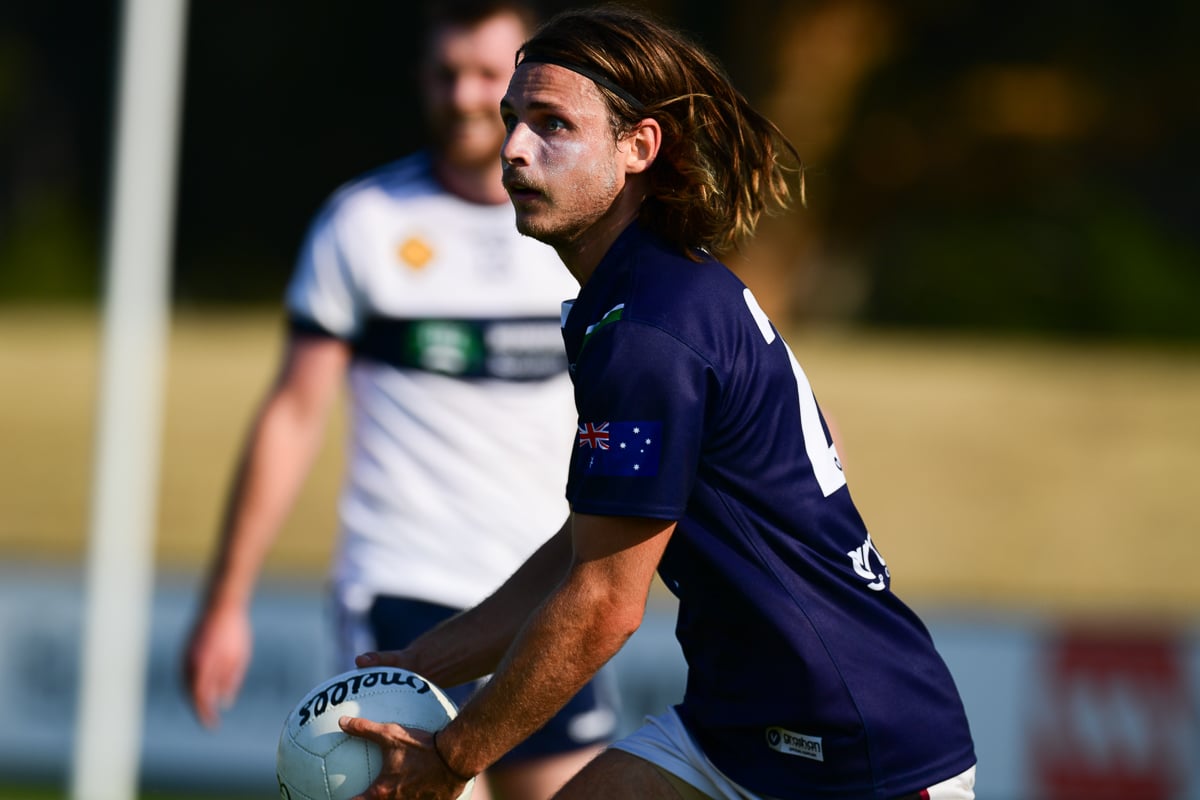 The first-of-its-kind International Rules exhibition match against Victoria GAA kicked off at Elsternwick Park on Saturday afternoon with the Irish running out six-point winners in a tight-knit affair.

The atmosphere was buzzing with a festive feel and strong supporter base for both the Irish and the VAFA, and it was the Ammos who took the early lead after a strong opening term.

The players appeared to adapt readily to the hybrid rules, with the Victoria GAA side tackling hard, despite it not being a feature of their traditional game.

With four of the VAFA side having travelled to Ireland and competing in 2017 (Lochie Dornauf, Sam Hibbins, Manny Dolan and Louis Denton) and two from the 2015 tour (Sam Williams and Tom O’Donnell), the men were prepared, hungry and led on the scoreboard for the best of three quarters.

Quick ball movement was a strong feature of the Nick Walsh and Dave Kinsella-led VAFA side, and the run and carry from defence boded well early with 2018 Division 2 Fullerton Medalist Brandon Jackson (UHS-VU) leading the charge.

In the final minutes of the fourth quarter, the GAA dug deep after trailing for most of the match with Mark Quinn closing the gap on the scoreboard.

A final valiant effort by Rory Finegan gave the Irish a six-point lead and they held their lead until the final siren, 50-44.