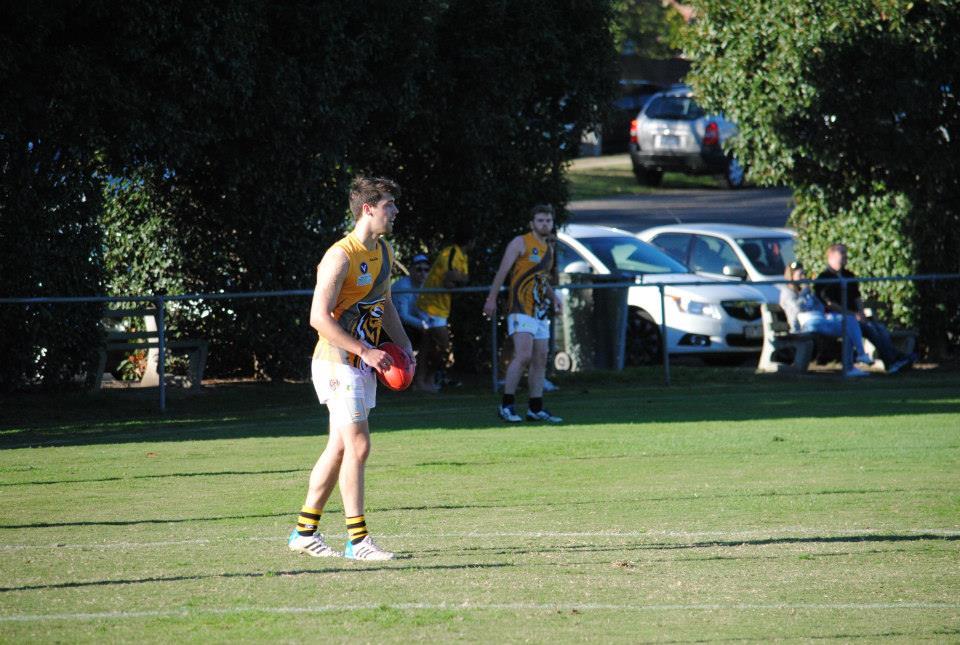 Warriors put away another challenger in Division 4, Tigers record best win for the year

Masala recorded their most impressive victory in their short history, defeating Box Hill North by 61 points at WJ Turner Reserve. Sam Freeman starred with eight majors for the Tigers and Josh Kyle kicked six. Damon Earp, Brad Harrington and Robbie Small recorded three each for the Demons but it wasn’t enough as they fall to their fifth loss for the season.

North Brunswick held Chadstone to just one goal in their 136-point win at Allard Park this afternoon. Peter Butler was named BOG with five majors for the Bulls, while Jake Farrugia kicked the sole six-pointer for the Synners. It is just the second time the Synners have held an opponent to less than 156 points this season.

Point Cook maintained outright second on the Division 4 ladder after they defeated Manningham Cobras by 53 points at Saltwater Reserve. Will Dawson backed up his eight with three for the Dogs, while Michael Muller and Chris Jolly kicked two each for the Cobras.

Westbourne Grammarians put away another challenger on their way to seven straight, beating Eley Park Sharks by 73 points at Whitehorse Reserve. Dale Collins kicked five and Justin Johns four for the Warriors, while Trent Sigalas was best for the Sharks.