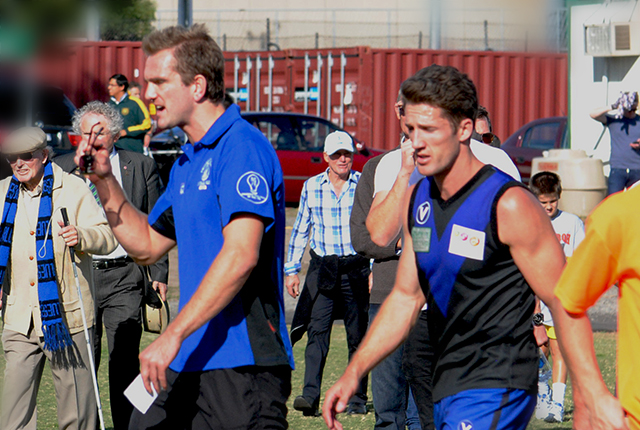 WATTS GIVEN A PERMIT TO PLAY

Former University Blues coach Fergus Watts is clear to play for the club after being granted approval by the VAFA Permit Committee at a specially arranged sitting held at Elsternwick Park last night.
University Blues applied to the VAFA Permit committee seeking a permit for Watts to play for the club for the balance of the 2013 season. Blues also sought to pay Watts an amount of money to remunerate his time as coach of the club in the first half of the 2013 season.
Any permit provided by the VAFA is subject to the strict adherence of any player playing as an amateur and meeting the strict amateur status guidelines. As such, Watts will not be entitled to receive any remuneration for his 2013 coaching duties at the club nor reimbursement for expenses incurred.
Both University Blues and Watts have accepted the decision handed down to them by the VAFA Permit Committee.
Permit Committee Chairman and VAFA Board Member Justin Toohey emphasised the importance of upholding the competition’s integrity.
“After speaking with both Mr Watts and the University Blues Football Club and receiving a Statutory Declaration from both parties, we are satisfied that no payments have been, or will be made in the future to Mr Watts for his coaching duties in 2013.”
“Mr Watts is an amateur person having returned from the AFL to Collegians to play in 2008 before injuries forced him to take a a path of coaching; he therefore understand the importance all players in the VAFA meeting amateur status guidelines” said Toohey.
The Permit Committee’s approval of Watts playing allows Watts to be selected for University Blues against arch rivals University Blacks this Saturday.
Watts has played a a couple of games in Darwin in the past 12 months but it will be his first game for University Blues. With injuries curtailing his playing career at Collegians, Watts moved to Blues as an assistant coach in 2011.
With Blues currently occupying one of the relegation places in Premier Section Watts was keen to help the club on field by pulling on the boots and lining up to play with his brother Jack.
At only 27 years of age, he believes the rest from playing has given his body time to recover, and he now looks forward to getting out on the field this Saturday.
“I am very excited to be playing and after a bit of time away from playing, hopefully I can help the team,” said Watts.
Whilst Watts acknowledged the clichéd nature of the response he stressed it was the truth and playing regularly again would be a big challenge both mentally and physically.
“It is a fantastic opportunity to debut in such a big game like the derby as it is not something that many players get to experience,” said Watts.
The Watts inclusion certainly adds extra spice to an already fascinating contest. University Blacks are a game clear on top of the ladder in Premier, however they have not beaten Blues since 1982.
University Oval should be abuzz with atmosphere for the 83rd Blues/Blacks Derby. VAFA TV was there for the first derby of 2013, the clash in round 3 and you can see a report from that game below.