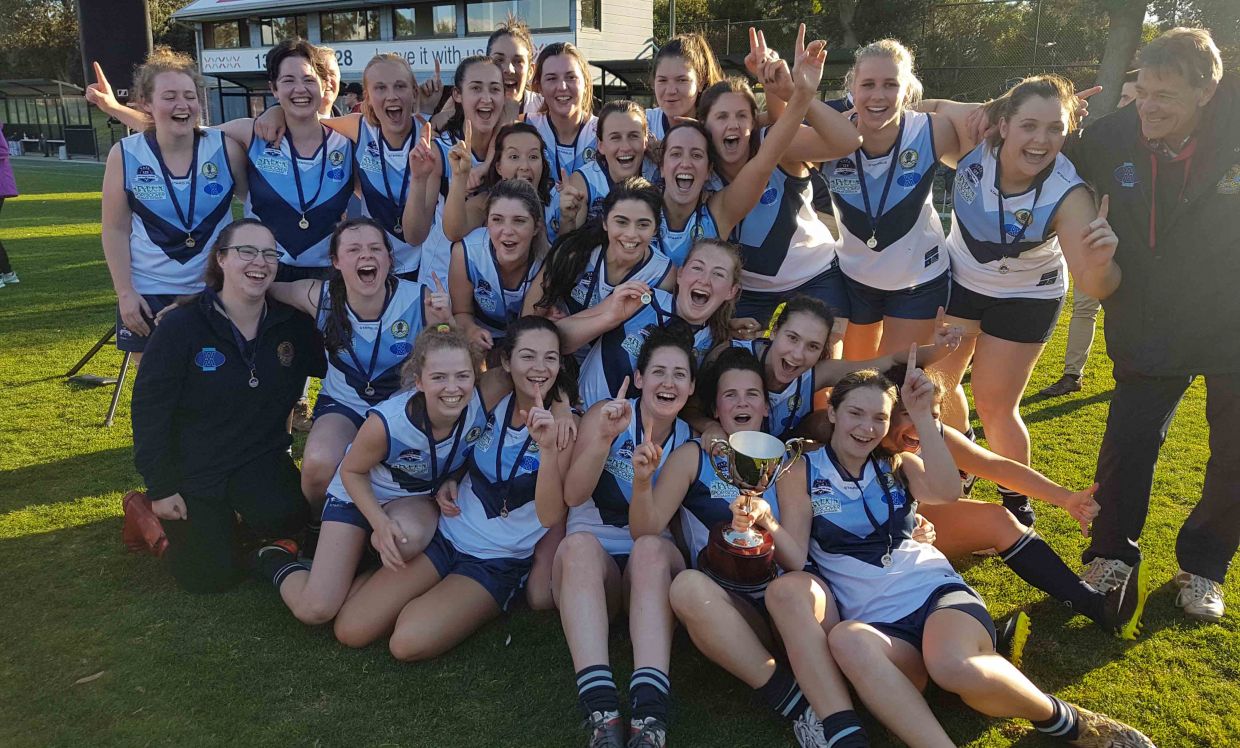 Old Camberwell capped off an outstanding season as Development Division 2 premiers following a hard-fought 21-point victory over Old Carey at Trevor Barker Oval. Led by a best-on-ground performance and two goals from competition best & fairest, Rhiannon Green, the Wellers kicked the first two majors of the game within the first two minutes and increased their lead to 33 points by three quarter time. As they have shown throughout their four-game winning streak over the past month, the Panthers fought back valiantly in the fourth term with two unanswered goals. Both Sophie and Samantha Bangs impressed for the Wellers alongside Green and Cassandra Nolan. Captain Steph Defina provided a constant source of run from defence for the Wellers, while Clare Hollebone continued her outstanding recent form in the ruck for the Panthers. Hannah Pangrazio and Matilda Hubbard were also sensational for the Panthers with Hubbard playing a starring role in defence.

Earlier in the day, Hawthorn AFC capped off their minor premiership in style, defeating SKOB Saints by 17 points in the Development Division 4 decider. After an even first term and with just four points separating the two sides, the Hawks kicked away in the second with 2.2 to one goal straight and took a two-goal lead into the main break. The Saints’ defensive prowess was on show in the second half as they galvanised and lost the half by just five points. Penny Brown backed up her Development Division 4 Best & Fairest Award after she was judged best afield from the officiating umpires, kicking a sensational right-foot snap in the second term and dominating around stoppages. Eleisha Lilley and Diamantina Kloufetos impressed throughout the full four quarters for the Hawks, while Stephanie Zago and captain Brittany Croagh led from the front for the valiant Saints. Croagh was particularly impressive in the second half when the Saints locked the game down.