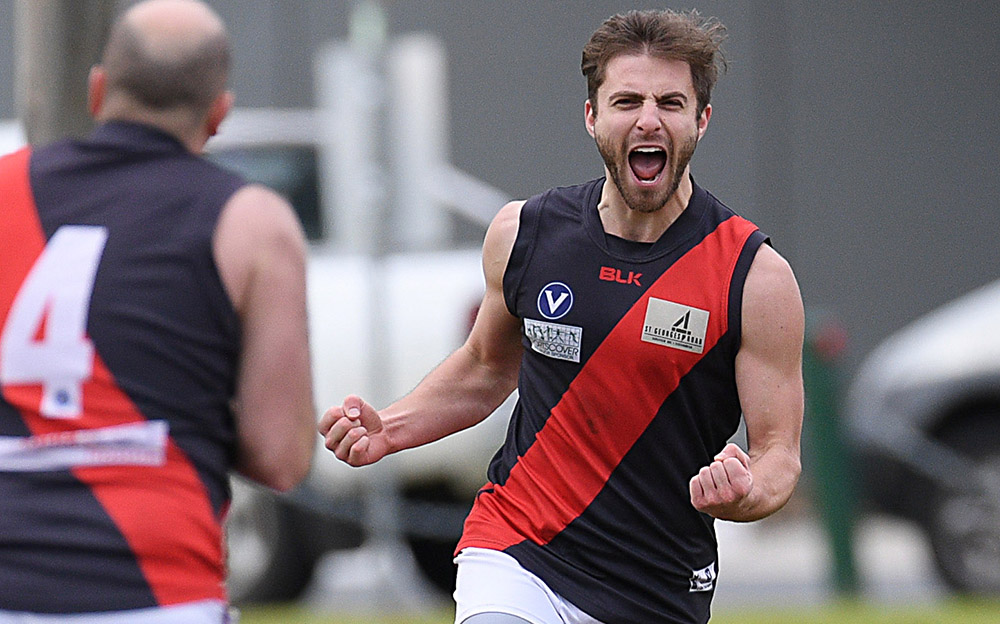 La Trobe got the job done with a clinical 120 point win over a struggling South Mornington side. The Trobers held South Mornington goalless in the first quarter, before piling on 10 goals in the second quarter, and well and truly running away with the contest. LaTrobe’s side featured 12 different goal kickers, with Ricky Nolan topping the charts with his six. Bailey Zimmerman and Matthew Ogle chipped in nicely, booting four goals apiece. Andy Castles was brilliant in his efforts to earn himself best on ground honours. The Tigers were led by four goals to Jordan Waite, and a best on ground effort by Campbell Peterson. LaTrobe move onto their next Tiger foes, hosting Masala, while South Mornington take a trip to Eley Park.

Elsternwick headed into this game knowing that should results go their way, a top two spot would be on the line, and didn’t they play like it, booting 30 goals across the four quarters, while holding Box Hill North goalless for the first half. In the end, the Wicks ran out 143 point victors. The main man up front for the Wickers, Julian Yeatman, added a further eight goals to his season tally, leaving him three shy of raising the bat for 50 on the season. Nic Lowrie was instrumental up front as well, kicking six majors of his own, while three goals from Tom Becker was enough to earn him BOG honours. The North’s had no multiple goal scorers, with six players kicking one each. Thomas Rogers was one of those, and was named the best on ground for the hosts. The Wickers host Albert Park in a heavyweight clash, while Box Hill North host South Melbourne.

A big second half powered Eley Park home, solidifying their place in the top four for another week. After leading by just 10 points at the midway point of the contest, the Sharks stormed home, beating the valiant South Melbourne side by 58 points. Will Whyte and Jayden Pritchard played well up front for the Sharks, kicking four each, while Josh Balon snagged two in his man of the match performance. The Swans Jordan Heis kicked three majors, with Rory Kennedy picking up two goals and the best on ground honours. Up next, the Sharks host South Mornington, while the Swans travel to Box Hill North.

St Francis were hot out of the blocks, and never looked back in their top of the table contest with Albert Park. Both sides were in red hot form, but the X-Men were hotter, kicking six goals to one in the first quarter. The second quarter was more even, but after half time it was all St Francis Xavier, who kicked away to run out 48 point winners. Alistair Lupo kicked two goals for the Falcons, while Matt Corstorphin was named their best. The X-Men were again led by Harrison Coe and Stephen Richards-Gill, with 12 goals between them, eight going the way of the former. Jesse Lamont was the best of the X-Men. The eight goal haul for Coe leaves him on 96 for the season, and with the bye next week, we will have to wait another two weeks to see if he can crack the magical century. The Falcons will face off against Elsternwick next week, were they have a chance to reclaim second spot.

Box Hill North host South Melbourne. Both teams are coming off large losses and will look to rectify previous mistakes to grab the four points. They last played in round two, where the Swans came out winners with some severely inaccurate kicking. They should do the double this week.

Elsternwick host Albert Park in a second vs third contest. Last time they met, the Falcons thumped the Wickers, this time around it should be much closer, and is the hardest game of the round to predict.

LaTrobe will host Masala this week. LaTrobe must keep winning if they are any chance at finals, and should do that this week. Last time they met it was heartbreak for the Tigers, with the Trobers snatching a two point win.

Eley Park will host South Mornington. Last time they met, Marcus Baxter smashed home eight for the Sharks, and he will be confident in coming close to that again should he play. Eley Park should win this game, and extend their stretch inside the top four.

St Francis Xavier has a bye, and will collect the four points from it.