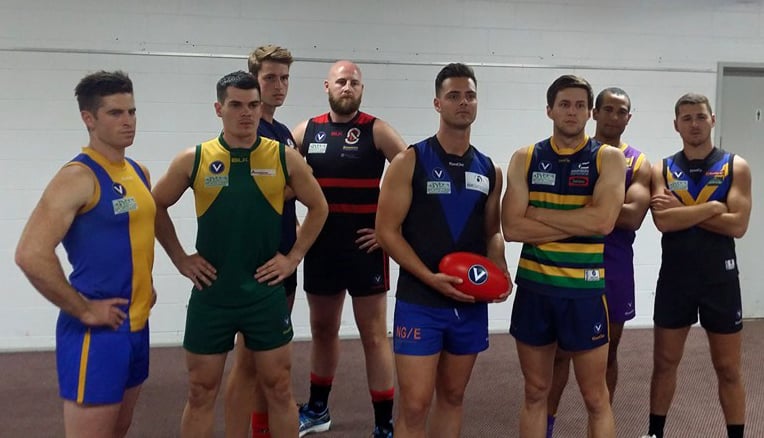 The William Buck Premier season is upon us and after a pre-season raft with speculation, innuendo and an arm’s length long rumour file, it is time for each Club to showcase the fruits of their time off.

I have the privilege of covering the William Buck Premier section in 2016 and look forward to discussing and analysing each Club from within the VAFA’s top section.

Casting our mind back to the last game of VAFA football and arguably the greatest William Buck Grand Final of the modern era, 2015 proved the year of the Snow Dog as they defeated Old Trinity by eight points. Anthony Rock’s talent-riddled list outlasted Old Trinity in a seesaw battle at Ikon Park as they claimed the Club’s third Premier section flag. Led by Jock Nelson Medallist, Mitch Hannan, Alexander Boyse and Chad Jones, the Snow Dogs reduced a six-point three quarter time deficit by kicking five goals to two in a stirring final term and subsequently earnt the title of William Buck Premier champions.

As the reigning premiers, St Bernard’s deserve nothing less than initial favouritism heading into the 2016 season. The off-season has produced mixed results, with a number of key personnel from their premiership-winning team joining the VFL on the back of exceptional individual seasons. Importantly, the ins have been strong. Former Carlton, Melbourne and Gold Coast Suns assistant, Mark Riley, joins the Snakepit as senior coach after Rock returned to the AFL to assist Ross Lyon at Fremantle. Riley’s vast knowledge and expertise comes at an important time as the Snow Dogs attempt to go back-to-back for the first time since Collegians in 2011-12. Can they do it? 100%. Will they do it? It will take an improved effort from one of nine other Clubs to ensure they don’t.

The T’s hit new heights as an organisation in 2015, partaking in the William Buck Premier Grand Final for the first time in the Club’s history. Attractive, fast-paced ball was the flavour of the year, with the T’s using the wide expanses of Daley Oval to their advantage as they consistently outran opposition teams on their way to 14 home and away victories. Four-time section best and fairest recipient, Brendan Iezzi, is locked in to return from injury during the season, with his exclusion for the majority of last year testament to the Club’s continued improvement and ability to galvanise without their star midfielder. With another year of experience in the highest section under their belt, continued development of their young list and the return of Iezzi, 2016 is shaping up as the breakthrough year Old Trinity fans have been longing for.

The off-season was prosperous for the University Blues as they added ex-AFL duo, Kieran Harper and Clayton Hinkley, to their formidable midfield consisting of Jeremy Mugavin and Marshall Rippon. Setting out to improve upon last year’s preliminary final appearance against eventual premier, St Bernard’s, the Blues also welcome ex-Swan Districts star, Tim Geappen, as well as returnees Thomas Mackenzie (knee), Jack Townley (neck) and Tim Blakey (exchange). Despite Harper being troubled by injury early in the season, the outfit representing the Blues in Round One will be similar to the side running around post-regular season.

Who didn’t jump on the De La train in the second half of last season? As an unbiased supporter, their last nine matches – of which they won eight and drew one – were scintillating, ruthless and some of the best amateur football you are likely to see. During that period of dominance, they averaged 101 points per game from more than 28 scoring shots. Despite building a strong relationship with the scoreboard, the run was bound to end at one stage. Unfortunately for De La, it happened to be in the semi-final against the Blues. However, using the momentum of last season’s resurgence and with the return of former Woodrow Medallist, Jacob Williams, among a host of other impressive recruits, expect the De La train to continue to roll in 2016.

Last year’s reigning premiers were unable to repeat the extraordinary feats of claiming a William Buck Premier flag as they narrowly missed finals with eight wins during the home and away fixture. Cam Roberts returns from a one-year break as senior coach and will look to build around young guns the ilk of Jordan Quaile as the Blacks get used to life post Huw Lacey and Adam Pattison. Led by VAFA stalwart, Bede Mahon, and goal-kicking sensation, Alastair Robbins, expect the Blacks to return to a brand of football capable of inflicting damage to any side in the competition.

The Xavs’ Round 18 clash against Old Scotch and unlikely – but mathematically possible – risk of relegation to Premier B looks all but a memory as they claim ownership as one of the favourites heading into 2016. And why wouldn’t they be? Brendan Goss returns to run riot in the forward 50 with last year’s leading goal-kicker, Matt Handley, while the additions of Jay Bruno and Dan Noonan will add the depth required to take the powerhouse from Toorak Park back to September.

If ever there was a Club flying under the radar heading into the first game of a VAFA season, it is Old Carey. Seventh at the conclusion of last year, the Panthers welcomed two new senior coaches to the fore, with former AFL assistant, Paul O’Connell, and 2015 U19 premiership coach, Michael Tarrant, to share the responsibilities moving forward. Often underestimated and forever a threat, expect to see the preliminary results of #GenerationNext in the coming weeks.

Another Club who were battling to avoid relegation in the final round of 2015, Collegians will be working to recapture the same form which took them to the William Buck Grand Final 12 months earlier. On paper, the Lions have been less active with personnel over the past few months, instead opting to develop talented youth around the experienced heads of Nick Corp and Courtney Hylton.

There are two new Clubs vying for the ultimate success in the VAFA’s highest section, with Premier B grand finalists, St Kevin’s and Old Melburnians, re-entering due to their successful 2015 campaigns. Neither side have shown any signs of slowing down in the wake of their thrilling Premier B decider and look likely to shake up the competition in what is shaping as the closest and most difficult to predict in a number of years.