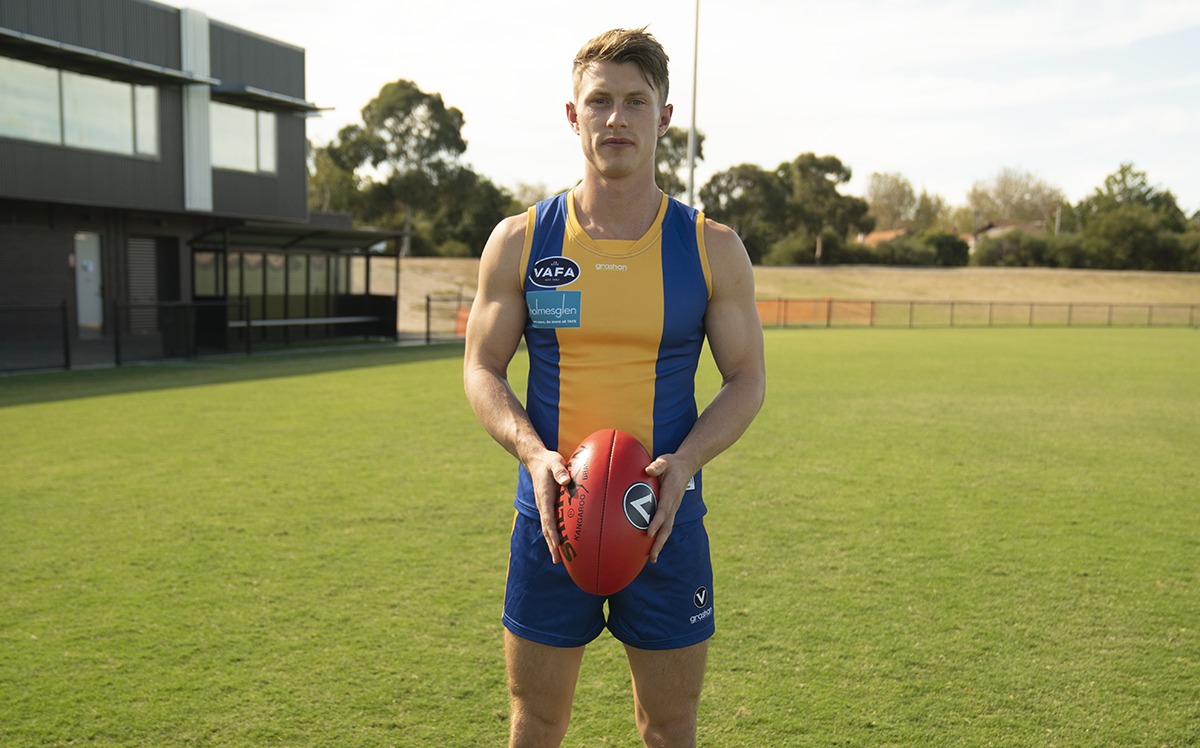 2018 was another successful season for SKOB, claiming their second William Buck Premier flag in two years. The off-season brought about change with the departures of Jay Schulz, Sam Fisher, Pele Manivong and Stephen Gilham (ret), but the forward 50 was bolstered again with the addition of North Melbourne and Carlton big man, Jarrad Waite, and former OM Matthew Arnot. Big V reps and premiership players Tom Jok (Essendon) and Ned Reeves (Hawthorn) were drafted to their respective AFL squads, while they’ve several VFL-listed stars; including, Billy Kanakis and Lachie Sullivan.

It was a heart-breaking end to 2018 for the Lions after suffering their second grand final loss by less than a goal. However, the return of newly-appointed co-captain Kalem Post will give them an important injection of strength and aggression in the ruck, and potentially offset some of their losses; Kyle Emley, Christian Middleton and George Burbury (overseas). Led by Courtney Hylton, Sam Hibbins, Viv Michie and Lachie Ferguson, expect the Lions to hit hard come Round 1.

It was an emotional end to the T’s 2018 campaign with the farewell of club and VAFA champion, Brendan Iezzi, following their preliminary final loss to SKOB. Luther Juric and Thomas Young have departed the club, while Ned Hunt is living abroad. They will rely on internal improvement from young guns such as Tom Mason and Anthony Larkey while the additions of Brandon Wood and Austin Hodge will have T’s supporters salivating.

Brighton impressed beyond all expectations last year as they earnt a finals berth on the back of gut running, aggressive attack on the ball and some of the most talented young players in the competition. Harry Hill and Dylan Verney proved a lethal combination as co-captains in 2018 alongside Rising Star winner Anthony Zimmerman (VFL-listed) and will no doubt play a vital role in the Tonners pushing for finals again.

The off-season chat has revolved largely around Uni Blues and, more specifically, the quality of personnel they’ve attracted to the club under new senior coach, Heath Jamieson. Josh Green, Cam O’Shea and Meyrick Buchanan lead a host of talented inclusions as the Blues look to improve upon their seven wins and brush with relegation in 2018.

De La were one of a handful of sides battling to avoid relegation in Round 18 last year but with a top end as talented as Tom Humphrey, Jake Williams, Sam Williams, Antony Forato, Jason Tutt and Adrian Indovino, it was always a long shot to go down. Peter Schwab has taken the reins as senior coach and will need to galvanise the group after the departures of Tutt, Brendan Close and Liam Murphy.

Xavs are every chance to bounce back to their 2016 form after attracting players the ilk of Rohan Bewick, Chris Prowse, Nick Prowse and Will Hams over the off-season. While the retirements of star midfielders Tomi Johnston and Ben Kennedy cannot be underestimated, as well as the departure of stalwart Murphy Ambrose, expect Xavs to improve upon their seven wins from last year under the watchful eye of Paul Satterley.

Much like Uni Blues, OMs have created significant buzz over the off-season after adding Jackson Paine, Andrew Tashevski-Beckwith, Elliot Kavanagh, Adrian Karatzas and Nathan Drummond to their list. While they lose Matthew Arnot and U19 Big V representative Angus Hicks, OMs are primed to make a move in 2019 as they make Elsternwick Park a fortress.

The big question for St Bernard’s has been whether Chad Jones and Tom Sullivan will play in 2019. While Sullivan was announced as Port Fairy’s newest gun recruit two weeks ago, Jones is seemingly unlikely to pull on the boots at all. Fingers crossed I’m wrong. However, premiership star Nathan Kazuro leads a host of ins upon their return to William Buck Premier while Charlie Vague is poised to take his game to the next level.

The Panthers earnt promotion to William Buck Premier after falling short to the Snowdogs in last year’s Premier B decider. They’ve since added former Uni Black Tyrone Bean to their stocks while losing Charlie Thompson and Jordan Ceppi. They’ve been quietly going about their business over the off-season and are more than likely to surprise a few in 2019.