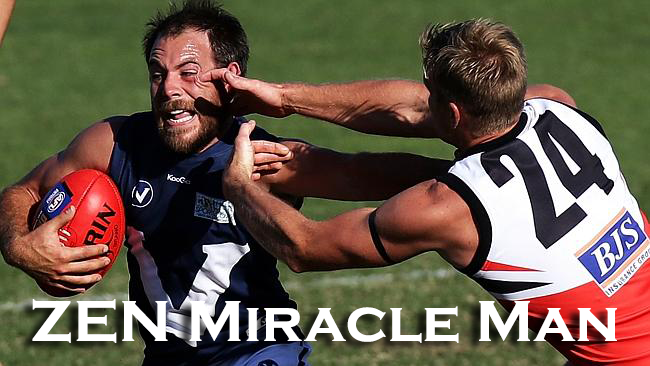 ZEN is currently running a competition with the VAFA to find out who is your club’s Miracle Man.

While injuries are part and parcel of Australian Rules football, there are thousands of heart-warming comeback stories we want to hear about. The person with the greatest comeback story will win 10 Sherrins for their club, with two runners-up bagging five Sherrin’s each.

How to enter: simply tag a teammate on VAFA HQ’s ZEN Miracle Man Facebook post who has defied the odds to make a return to the playing field after time away from the game. That tag could win you 10 footballs.

Eg: Brendan Iezzi. The two-time Woodrow medallist and four-time competition best and fairest tore his ACL, MCL and meniscus in last year’s Round 8 clash against Old Xaverians and, after 12 months away from the game, made his long-awaited return in Old Trinity’s reserves game against Old Melburnians last weekend.