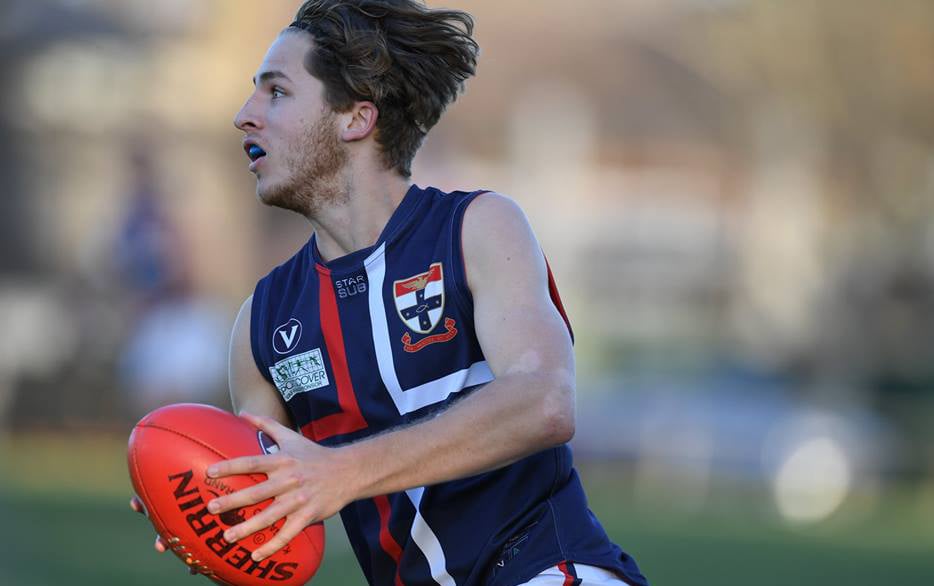 In Round 18, ladder leaders St Francis Xavier downed Elsternwick (3rd) by a whopping 106 points at Elsternwick Park Oval 2. It was two huge quarters, the second and fourth, that the X-Men were the most powerful as they scored nine majors in both. St Francis’ Harrison Coe kicked six goals, and was undoubtedly the highlight of the day as he kicked his 100th goal of the season (see the footage on the VAFA HQ Facebook page). Daniel Chin was adjudged best on ground for St Francis. In a day to forget for the Wickers, Julian Yeatman tried hard with four goals and Shane Convery was deemed best.

In the bottom of the table clash, Box Hill North were made to earn their nine-point victory over South Mornington at Elgar Park. In the first quarter, the Demons asserted their dominance with five goals to three, but the Tigers kept on coming, kicking three goals to two in the third and holding Box Hill goalless in the last, but the home side held their nerve despite the late surge. Named among the Demons best were Jordan Gasparini and Jason Lang, who contributed two goals each, while Adrian King was the BOG. Matthew Wells (3) and Greg Pullen (3) combined with six goals for the Tigers, while Sage Opitz was named best afield.

La Trobe University made sure they will feature in September action; running out 35-point winners over South Melbourne Districts at Lindsay Hassett Oval. The Trobers stamped their authority in the contest from the opening quarter with four goals, before the Swans outscored the University side with four goals to three in the second. The Trobers flexed their muscles once again with six goals to South Melbourne’s four behinds in the third quarter, and this proved the difference in the end. It was a team effort from the Trobers, with three players kicking three goals each including Bailey Zimmermann, Ricky Nolan and Simon Denier. Andy Castles was named best for the Trobers alongside his key forwards. Jordan Heis kicked three for South Melbourne and teammate Declan Barlow was best afield.

Eley Sharks bested Masala Dandenong by 67 points at Whitehorse Reserve. The Sharks did everything they could if the result of the La Trobe and South Melbourne matchup went their way to play in finals, but unfortunately the Trobers won meaning the Sharks will not be there in September. At quarter time, only 15 points was the lead in favour of the Sharks, however this was the closest the Tigers could get to the Sharks as in the next three quarters the Sharks proved too strong blowing Masala out of the park kicking 14 goals to their five. Declan Fowler booted four of the Tigers seven majors for the day, while teammate Anthony Morabito took out the BOG honours.