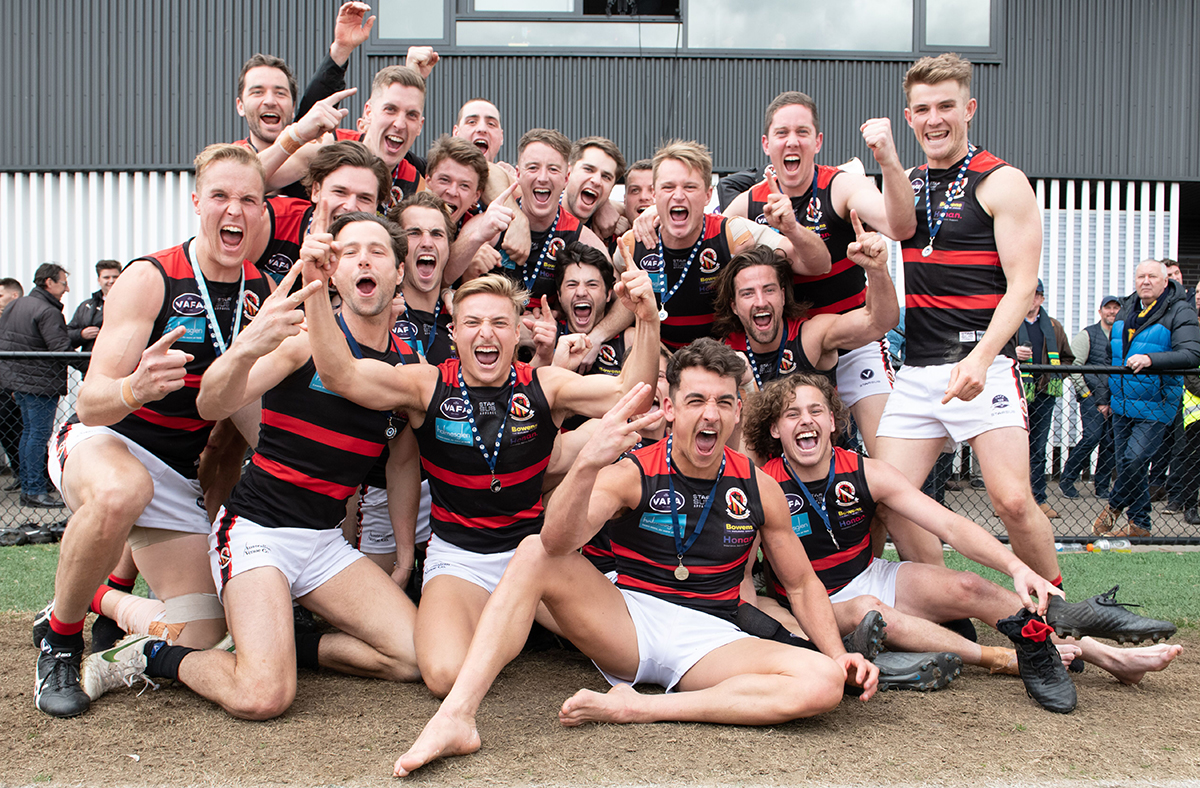 Heading into the Premier Reserves Grand Final, it looked like the match would be a close decider featuring the two top teams. Unfortunately, the grand final did not live up to all its hype as the ladder leaders Old Xaverians defeated second-placed Old Melburnians by 77 points at Elsternwick Park in the Premier Reserve Grand Final.

At the end of the home and away season, both teams finished with the same number of wins with Old Xaverians ahead by only 11.42 per cent so no one would have seen this one-sided grand final result coming. Old Xaverians blew Old Melburnians out of the park in the second half with a power surge of 12-goals to one to seal their fate as the 2019 Premier Reserves Premiers. The match was surprisingly tight in the first half with only five points the margin in favour of Old Xaverians.

After half time, the game plan was clear from Old Xaverians and that was to play a hard and uncompromising attacking brand of football. They simply wore down their opponents with their toughness and desire to fight in close to win the ball. Old Xaverians took their game up a notch in the second half booting through six majors in the third quarter and then added another six goals in the last term to run out comprehensive victors. Old Melburnians could only manufacture a goal in the second half, as they were held goalless in the final term. Nicholas Prowse had a memorable grand final with six goals for Old Xaverians while brother Chris Prowse was unstoppable.

Earlier in the day, Old Xaverians were 46-point winners over Old Melburnians thanks to an imposing final quarter blitz at Elsternwick Park to be crowned the 2019 Premier Thirds Premiers.

Old Xaverians’ dominant scoring was a team effort led by Joshua Hanger, James Morrison and David Nash, all kicking two goals each. Harrison Sleeman was named best afield for Old Xaverians. In what was a hard day for the Old Melburnians attack, Thomas Healey was the only multiple goal kicker with two majors. Old Melburnians’ Jack Spargo was their best.