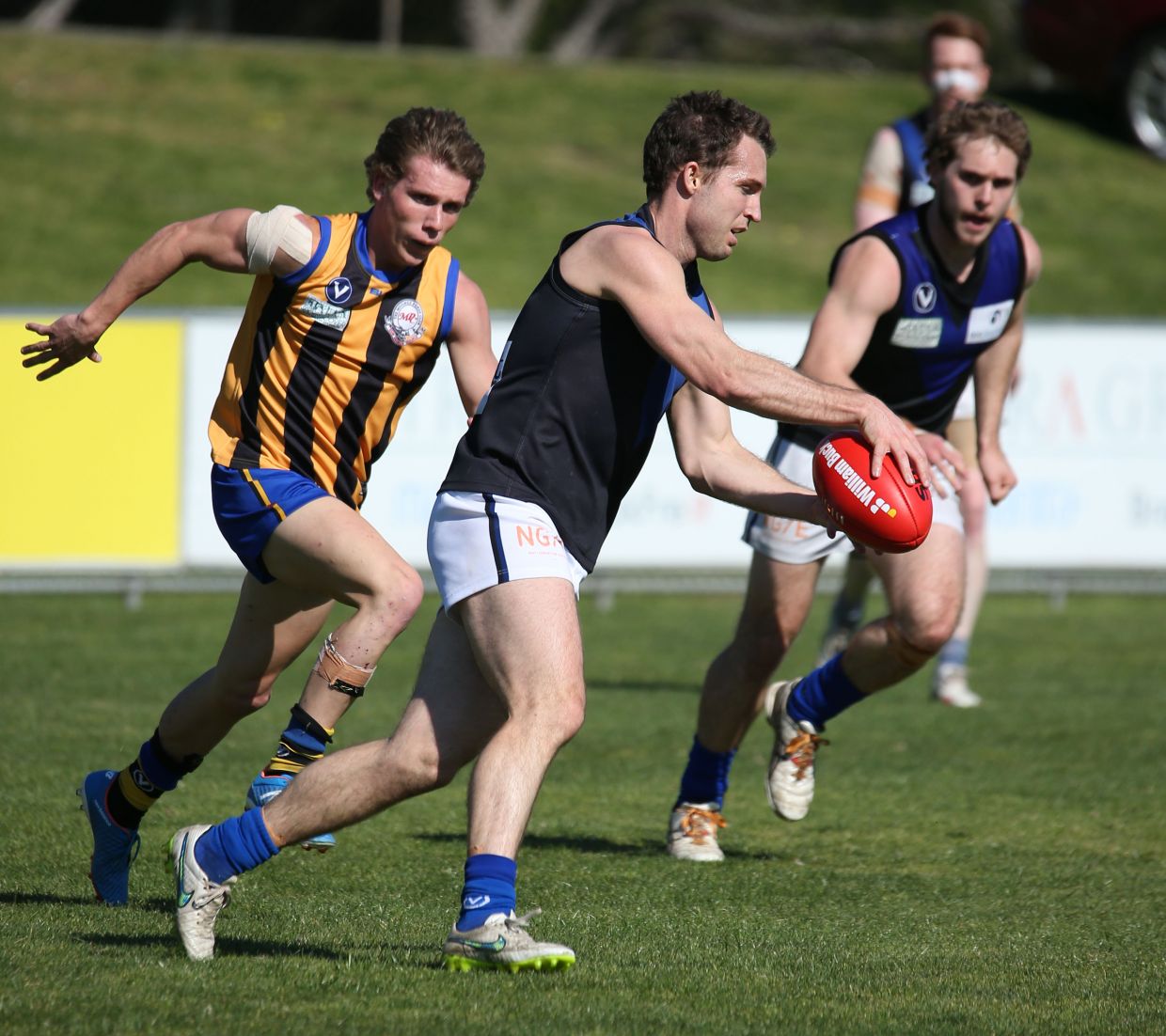 The 2015 Premier Coaches MVP was awarded at the VAFA Woodrow Medal and Awards Night last night, with University Blues’ Ross Young doubling up and taking home the MVP to go with his joint Woodrow medal.

Sitting equal-first with St Bernard’s Adam Bentick at the Round 15 mark, Young added another 14 votes from the ensuing two rounds, including a perfect 10 in the Blues’ Round 16 match against Old Carey taking him to 60 votes.

De La Salle pair, Antony Forato and Tom Humphrey, finished in equal-second position on 51 with both players polling well in the last three rounds to overtake Bentick (49) in equal-fourth position with John Shaw (49) of Old Xaverians. With Sam Williams polling 46 votes and finishing in sixth spot on the leader board, De La had three players inside the top 10.

Every player’s votes are listed below: