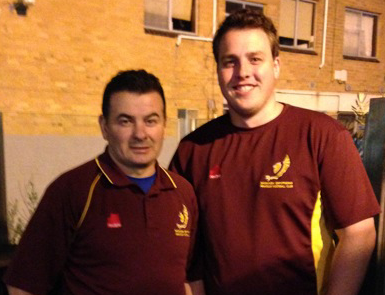 FRANK YAMAN TO LEAD THE GRYPHONS

After a comprehensive process the Monash Gryphon’s Football Club is pleased to announce the appointment of Frank Yaman as senior coach in 2014.To secure a coach of this quality and experience is a great result for the Gryphons and a great way  to kick off their 2014 campaign.
Some of Frank’s impressive coaching experience is as follows:
• Senior Coach at Canterbury Football Club
• Senior Coach at Sandown Cobras Football Club
• Assistant Coach under Gary Ayres at Port Melbourne Football ClubFrank himself was a more than handy footballer with a list of achievements including the below.
• Four representative games
• Five Best and Fairest Awards
• Club Goal Kicking Award
• Best on Ground Medallist in a Grand Final
• Top five finish in seven League Best and Fairest counts
• Three time Club Captain
Needless to say the club is very excited about this appointment and they will be making further coaching announcements in the coming fortnight.
Meet the coach at the club rooms (East Caulfield Reserve) for a BBQ at 6:30 on the 20th of November