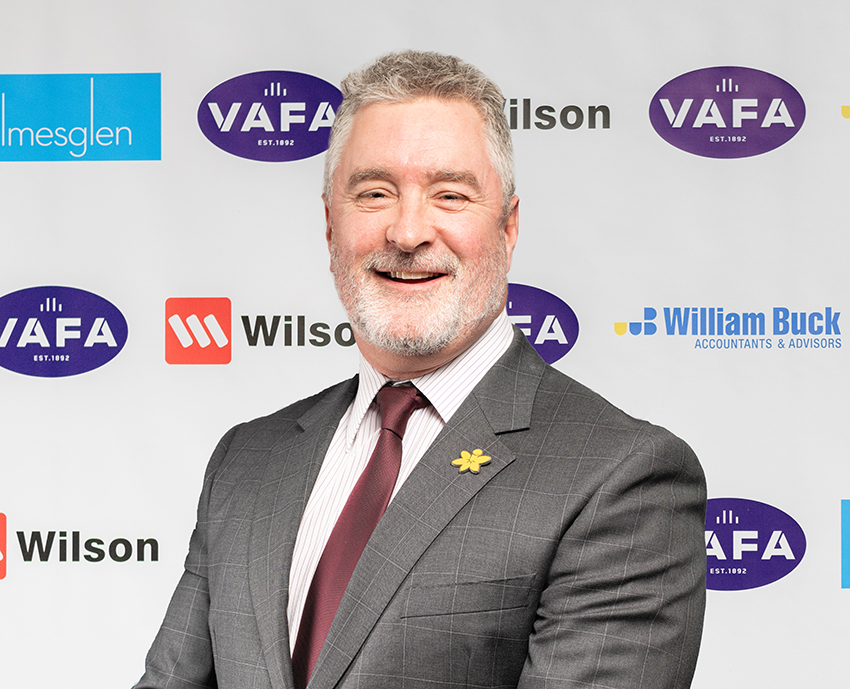 Brett returned to the VAFA as CEO in 2017 after a 25-year career in football administration. Starting with the VAFA in 1992, he then forged a strong career in the industry across various roles at the VCFL and AFL Victoria from 2005-2017.

He played 220 games with Ormond AFC, was a 3x A Section premiership player, captain, Life Member and committee member. Brett also represented the VAFA on 13 occasions and was inducted as a Big V Champion in 2010.

Brett has a passion for the VAFA, strong industry connections and is the fourth full-time General Manager/CEO of the VAFA in 125 years.

Sam joined the VAFA in March 2014 as the Football Operations Officer providing a strong background in sports administration with previous employment at St Michael’s Grammar, Camberwell Grammar and AFL Victoria whilst completing a Bachelor of Business in Sport Management at Swinburne University.

He played football at Kangaroo Flat in the Bendigo Football League, Myrtleford Saints in the Ovens and Murray League and Power House in the VAFA before suffering an ACL injury in 2017.

Sam is a cheese and wine enthusiast and enjoys nothing more than a Big V victory.

He was appointed as Umpires Adviser in 2004 and took over Umpire Operations later that year. Brian has attained Level 3 accreditation as an Umpires Coach.

Brian played 106 games of VAFA football with Brunswick Amateurs winning 2 Best & Fairest awards. He has a Diploma & Masters in Training & Development and has a Cert IV workplace Trainer & Assessor certificate.

In 2011, Brian was accorded Champion status in the Big V Club.

Shona joined the VAFA in October 2016 as the newly-appointed Women’s Football Club Development Officer ahead of the VAFA’s first-ever women’s competition in 2017.

She has a strong history in community football, having previously sat on the Board of Melbourne University Football Club as well as spending two years as President of Kew Junior Football Club.

Most recently, Shona has worked as a Business Manager for Momentile Pty Ltd and has a keen interest in Australian rules football and golf.

Nick joined the VAFA in July 2015 as the Media and Communications Co-ordinator.

Growing up in East Gippsland, Nick moved to Melbourne and completed a Bachelor of Journalism (Sport) at La Trobe University.

In 2015, Nick travelled to India for eight weeks and worked in the media department for the Kings XI Punjab in the Indian Premier League. He’s an expert armchair selector of the Australian Test side and has an elite pace of play through 18 holes.

Paul joined the VAFA in February 2019 as Partnerships Manager after 12 years with Cathay Pacific Airways, where he managed the airline’s Victorian commercial relationships.

Prior to that, Paul held other aviation roles in sales and marketing and was a partner in a retail travel business. 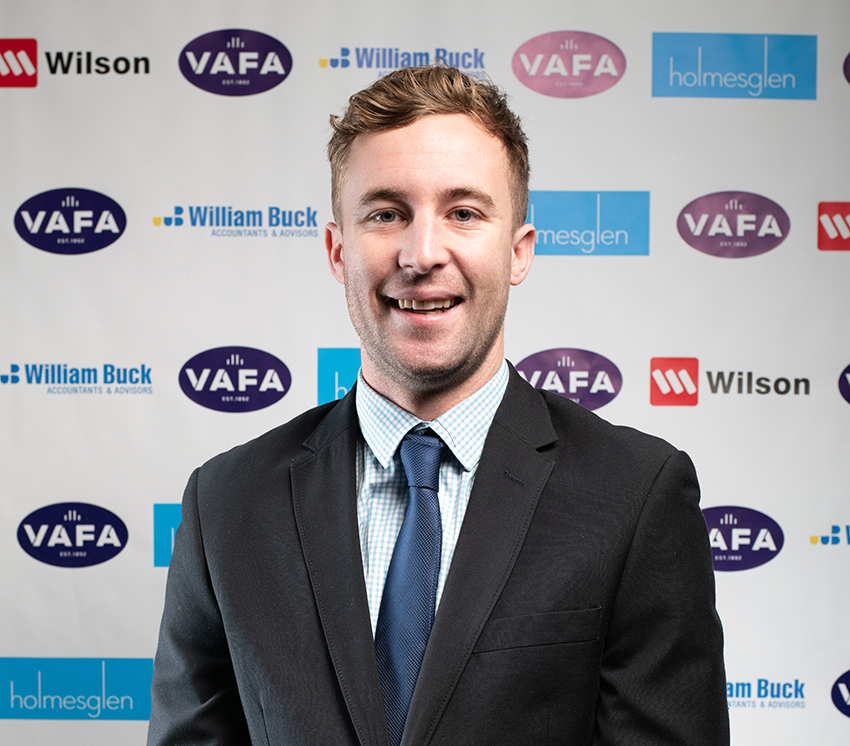 After umpiring down the Mornington Peninsula as a junior, Haydn spent five seasons at the Victorian Football League umpiring over 50 VFL senior games; including, senior finals along with a TAC Cup Grand Final & (2) VFL Reserve Grand Finals.

Following his stint at the VFL, Haydn decided to come to Elsternwick Park to continue umpiring at the premier competition in community football. In his two seasons with the VAFA, Haydn umpired the 2016 William Buck Premier Grand Final & representative game vs South Australia, and in 2017 backing up with the same two appointments, this time the representative game against AFL Vic Country.

At the completion of the season Haydn was awarded the Umpire of The Year and as a result joined the VAFA as the touring umpire to Ireland with the Big V.

Haydn studied at Australian Catholic University in Fitzroy, before working in the construction industry in sales.

Mikala joined the VAFA in January 2016 starting as the new Football Operations Assistant following employment at AFL Victoria working in administration. She is currently completing a Bachelor of Business in Sport Management at Swinburne University.

She attended SEDA AFL from 2013 – 2015, studying a Diploma of Sport and Outdoor Recreation and a Certificate IV in Community Development.

Mikala has three years worth of football coaching experience and is currently playing in the VAFA at St Bedes/Mentone Tigers.

Rebecca is the newest member of the VAFA team after joining in March 2019 as Football Operations Assistant. She has previously worked in sports administration with Melbourne East Netball Association and Sandringham FC and completed a Bachelor of Business (Sport Management) majoring in Human Resources at Deakin University.

Outside of work and cricket, Bec takes her smashed avo very seriously!