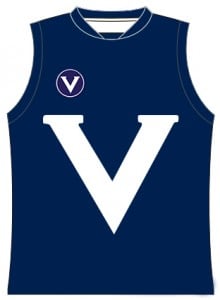 The Big V Club celebrates those players good enough to have worn the famous Big V jumper in representative matches for the VAFA. The club has it’s origins from 1925 when the first VAFA Big V side played against the South Australian Amateur Football League at the MCG to commence a tradition of representative football for the VAFA. All former players of the Big V are automatic members of the Big V Club, which has assembled every year since 2007 at the Big V Club Lunch at Melbourne’s RACV Club.