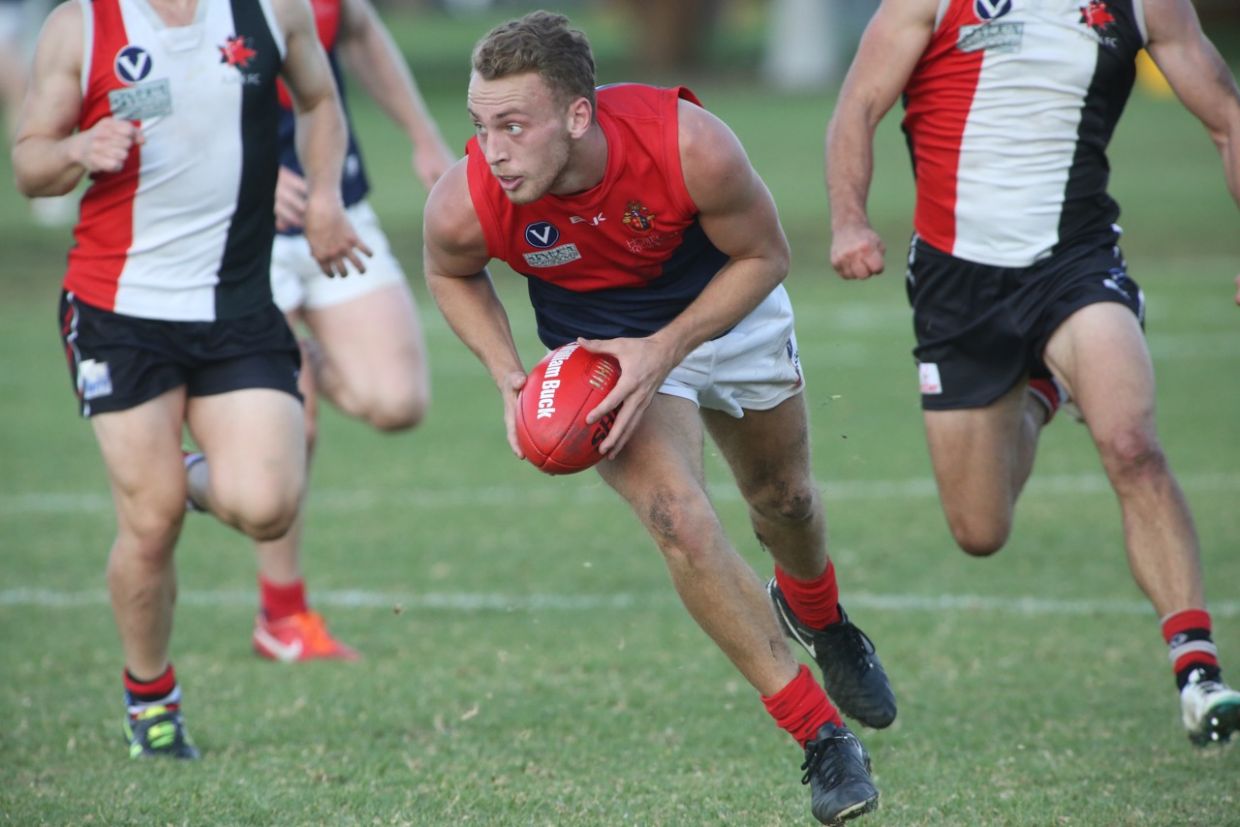 After a thorough deliberation process, the six nominees shortlisted to win the 2016 Grill’d Rising Star Award are in.

What the club said: “Some of Mitch’s strengths include being a strong one-on-one player, displaying great pressure and defence, can kick on both sides of his body with accuracy and he is known for laying strong tackles and feeding the hand ball out.”

What the club said: “Harry‘s reputation preceded him and when he weaved through a pack and goaled for the third time against the Rovers in Round 3, to set up a seven goal lead at half-time, we knew we were looking at our next champion.”

What the club said: “Tom uses the ball beautifully and loves to take a big mark, often sliding across a pack as he did in the goal square at Hampton earlier in the season, to kick the sealer against the Rovers. He is one of several youngsters thrust into leadership roles after the retirements of so many of our players, but his courage and skill is quickly establishing him as one of our most valued players and clubmen. “

What the club said: “He made his senior debut in 2014 and featured in the premiership that year. Despite his age, Christian is renowned as a leader both on and off the field, and as such was announced in the leadership group this year. Carny is a beast in the midfield, attacks the ball and lays a strong tackle.”

What the club said: “He plays a similar brand to Joel Selwood showing courage and silk skills. Luke’s strengths include being a strong contested footballer, he has high work rate and is efficient by foot. He is renowned at the club for his tackling pressure and defensive skills. He has played TAC and Frankston VFL and has stood up at all these levels.”

What the club said: “Jack plays a lot like Steele Sidebottom as he tends to find good space and has the ability to play in a number of roles. He reads the play and understands the game very well.”