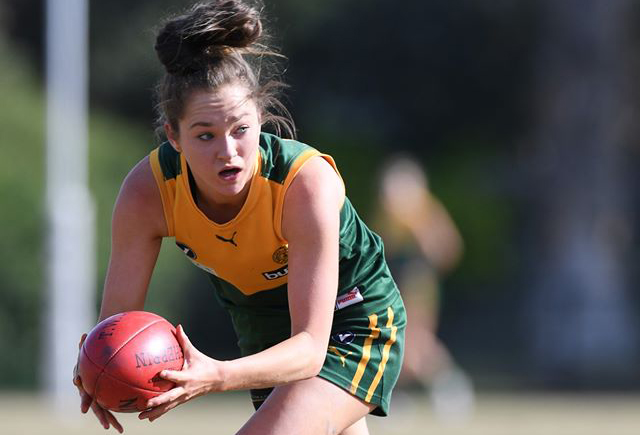 The Division 3 Women’s Team of the Year has been announced with 2019 premiers Preston Bullants leading the charge with five players selected.

Best & fairest winner, Anita Ovenden, has been named in the midfield alongside UHSVU’s Abbey Mills and Oakleigh’s Jordyn Bethune. Mills, who polled 16 votes and led UHS to the minor premiership, has been named captain and Hampton Rovers star ruck Bianca Lenarcic vice-captain.

The top 11 vote-getters were all named in the team while Madeline Hince was selected at FF after booting a record 58 goals.