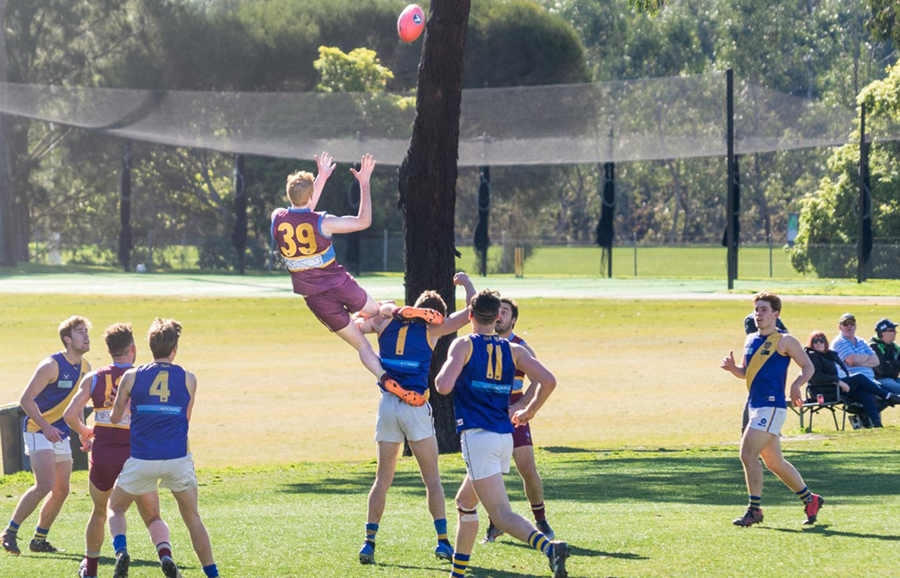 The talent of our clubs was on show today at the 2019 VAFA Media Awards at Elsternwick Park.

Eight awards were handed out, with Caulfield Grammarians Media Manager and commentator Tommy Flanagan taking out the Ken Petrucco VAFA Media Personality of the Year Award. Flanagan commentated Caulfield games through mixlr each week so Fields fans could listen to the action live while overseeing their bevy of social media activity; including, Floating Flanas. He organises Caulfield guests for radio and the VAFA Tragics, and put his hand up to help VAFA Media when he commentated the Big V U19 and Women’s representative matches as well as calling his beloved Fields home in the Premier B Grand Final broadcast.

The team at Fitzroy claimed two awards for the third year in a row, with Marshall Toohey’s ‘A win for the true believers‘ named Best Online News Story and Phyllis Quealy’s photograph ‘Oh the tension‘ named Best Photograph (Character of the Game).

RMIT WFA’s Callum O’Connor received the Best Online Feature Story Award for his article on RMIT’s first-ever women’s match in the Amateurs, while Alex Karanicolas from Old Brighton took home the Best Use of Social Media Award after a standout year across all platforms.

Marcellin’s Mike Viney received the Best Photograph (Action) Award for his incredible shot (pictured above) while the Uni Blues Poncast Team were named the Best Use of Digital Media (Series). Box Hill North’s Alan Chung was a popular winner for Box Hill’s recruitment video, Can anybody find me somebody to play footy for Box Hill North?

Earlier in the day, all VAFA radio commentators and Amateur Footballer scribes were recognised for their outstanding contribution to our Association.

Best Use of Digital Media (Feature) – ‘Can anybody find me somebody to play footy for Box Hill North?’ (Box Hill North)