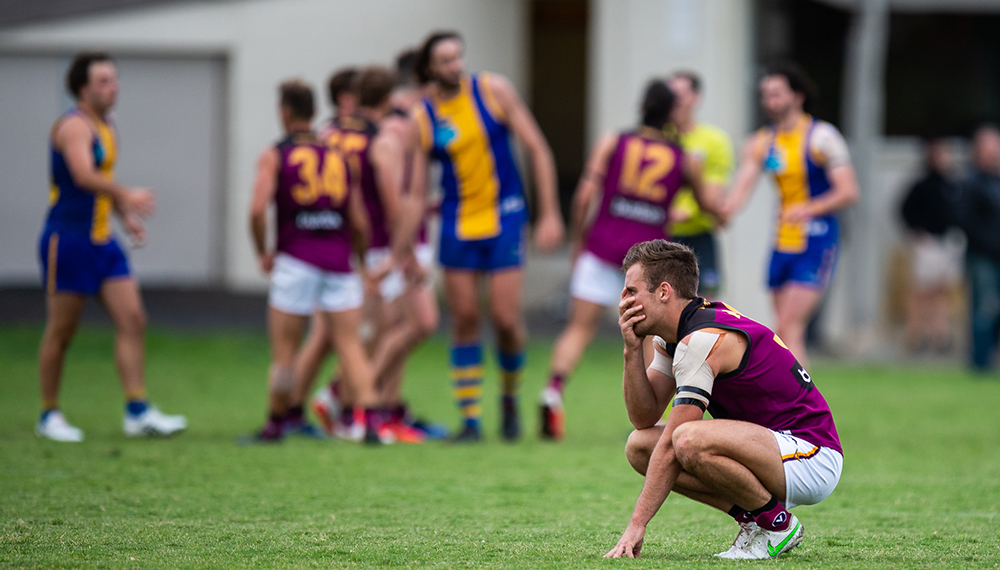 AJAX arrive as De La survive to kick off Prem B

The Jackas have launched onto the Premier B scene with a convincing victory over Old Carey, marking their first victory in the competitions second rung since June 23rd 2018. De La Salle also returned to Premier B and surged past an improved Old Haileyburians in a classic at Waverley Oval, while the Sharks, Tigers and Uni Blacks all claimed large victories to kickstart their year.

Despite trailing by a solitary point entering the fourth, AJAX used a strong breeze to surge past Old Carey in the final frame to stamp their name back into Premier B with a 16-point victory at Carey Sports Complex. In a game of runs that went back and forth all afternoon, it was the Jackas who came out on top thanks to three majors apiece to Brandon Joel and Nick Cohen, with the latter named best afield. The Panthers were led by Harrison Bean who also bagged three goals while Ben Jepson was named his sides best. AJAX will now welcome a tough Beaumaris outfit to Gary Smorgon Oval while Carey will be eager to nab win number one against Old Haileyburians.

In the match of the round, a blustery Waverley Oval was the site for De La Salle to claim their first victory in Premier B since 2005, running out slim four-point victors over Old Haileyburians. Ryan O’Meara and Geordie Nagle led the Dees while Matt Colak and Nick Bufalo kicked two apiece to keep the pesky Bloods at bay. The new look Haileybury held a strong 15-point half-time lead in this one and looked well on their way to a shock Round 1 victory but were ultimately overrun. Durras Seccull bagged four while brother Brede Seccull was named his side’s best. The Dees now will travel across town for a matchup with Williamstown CYMS while Old Haileybury will face another former William Buck Premier opponent in Old Carey, eager to claim victory number one.

Suffering their first defeat in just under 950 days, Williamstown CYMS were welcomed into Premier B and downed by 65 points at the hands of Beaumaris. The Sharks used a wave of pressure and the fortress of Banksia Reserve to overwhelm the CY’s with 28 scoring shots to eight. Chris Grigoriadis continued his strong play from 2019 with four majors while Riley Mihailovic kicked two and was named best afield. Williamstown CYMS were gallant but ultimately outclassed in their first Premier B match in their clubs history, the talent is there but may need some time to adjust to the competition. William Chan kicked two and while Tom Johnstone and Josh Kellett were named their sides best on the day. The CY’s will now square off with De La Salle while Beaumaris will play off against another former Premier C side in AJAX.

The unveiling of the new sports complex at Brindisi Street Oval was topped off by St Bedes/Mentone Tigers running out convincing 69-point victors over Parkdale Vultures. Blustery conditions made accurate kicking an issue but despite this, the Tigers dominated possession with 32-scoring shots to 13. Brayden O’Toole (3) and Josh Cowan (2) were the only multiple goal scorers with seven other Tigers getting on the scoreboard. Zac Calvez was named BOG. Ryan Macdermid kicked both of Parkdale’s majors while Brad Austin and Ethan Marshall were named the Vultures best as they began their youth movement. Bedes now have the arduous task of facing off with University Blacks at Melbourne Uni Oval while Parkdale return home to square off with Fitzroy. Our final match for Round 1 saw University Blacks commence their 2021 campaign with a strong 40-point victory over Fitzroy. The Blacks used a seven goal to two second half to overrun the Roys and leave Brunswick Street Oval with the four points, beginning their quest to return to William Buck Premier on the right foot. Darren Mumford kicked three, Alastair Robbins and Jordan Quaile snagged two apiece while gun recruit James Sansom was named best afield. Tom Wilson and Nino Lazzaro kicked two each for Fitzroy who can take good things away from this clash against arguably the competitions best. Uni Blacks return home for a grudge match against St Bedes/Mentone in what promises to be a classic, while the Roys will look to get on the win column against Parkdale.