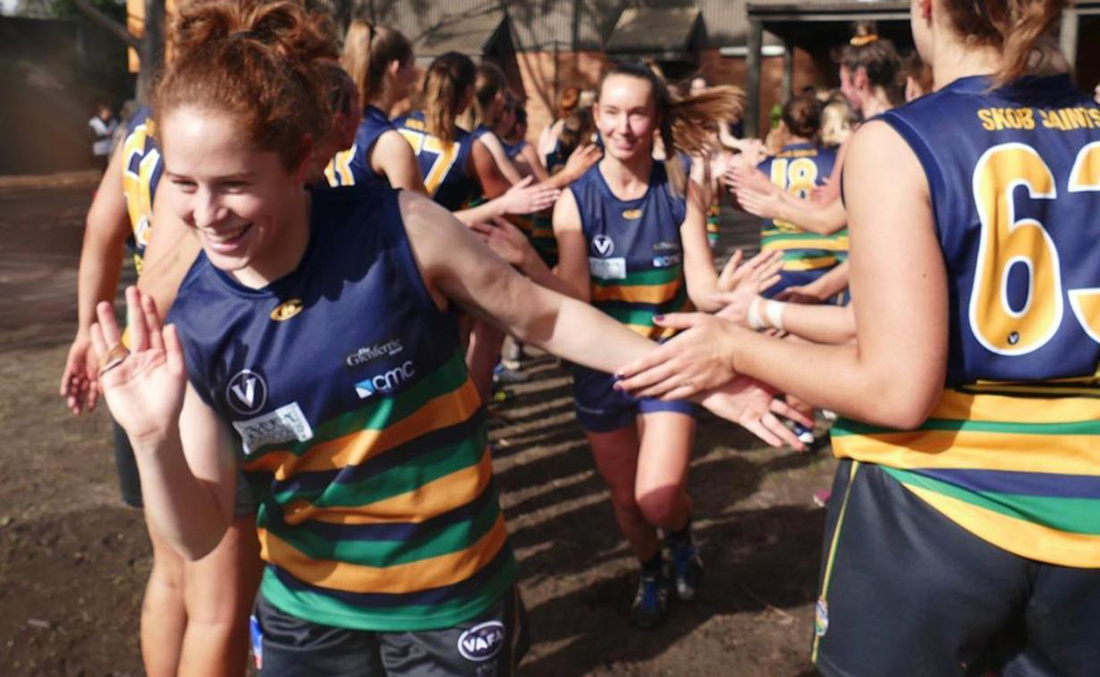 The VAFA congratulates Ila Taylor from SKOB Saints who has been named the Round 12 Anytime Fitness Rising Star following her standout performance against Fitzroy-ACU on Saturday.

“Ila has joined the Saints from the Ashy Redbacks along with six other team mates and started playing five years ago following her twin sister into footy.

She works had at training to improve her skills and knowledge of the game and her development at the Saints in her last two seasons has been very impressive.

A small crumbing forward and midfield player Illa can break the lines with her speed and has the ability to win the contested ball and just loves tackling.

Ila models her game on Jack Steven from the Saints and plays like Nicola Stevens from Carlton in the AFLW.

Brilliant young lass, very unassuming, has a thirst for footy knowledge and skills acquisition and is never without a smile on her face at training or in a game.”