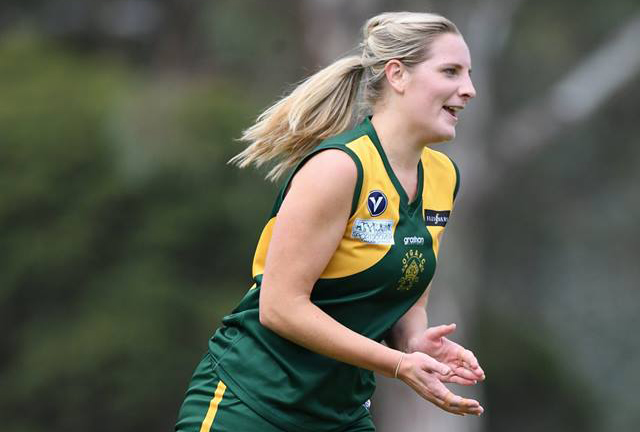 Barnett scooped up in AFLW Draft

It was party time last night for Old Trinity and their former ruck star, Imogen Barnett, who was taken by Collingwood with pick 33 in this year’s AFLW Draft,

It’s a monumental achievement from Imogen who last played in the VAFA just two years ago and claimed the William Buck Premier Women’s Best & Fairest while also representing the Big V.

Barnett (28 votes) was instrumental to Trinity’s success throughout the home and away fixture, ranking second in the competition for hit outs, first for marks, third for inside 50’s and averaging 18.2 disposals per game.

Despite missing 3 games throughout the middle of the year, Barnett posted 8 matches with at least 16 disposals, 33 hit outs & a goal.

The VAFA congratulates Imogen and wishes her every luck in the AFLW.