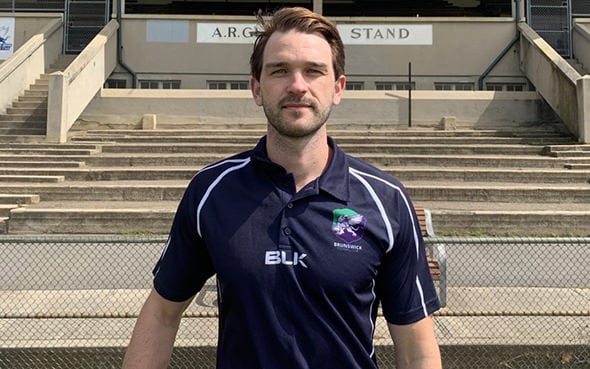 Brunswick Football Club will re-enter Division 1 with a spring in their step after they appointed former Richmond AFLW coach, Tom Hunter, to lead their senior men in 2021.

“We were determined to find the right type of person to lead the men’s team to on field success but to also have a great influence on the club as a whole,” Browne said.

“Tom’s experience includes youth development as well as coaching at the elite level for an AFLW team so that will certainly enable him to help out with the transition of players from the Brunswick Junior Football Club into the seniors as well as helping with the Renegades and their development.

“All of these fall under the ‘One Club’ pillar and it was really important and fortunate to find a candidate that ticked so many boxes.”

Hunter, who was named the 2019 VFLW Coach of the Year, led the Tigers women in their debut AFLW season earlier this year after previous stints with Richmond’s VFL men’s side and Calder Cannons.

He was taken by Collingwood with pick 18 in the 2010 rookie draft before retiring in 2011 due to injury.

Speaking to Brunswick about his appointment, Hunter expressed his excitement about joining the club and said he was “really energised by seeing the opportunity to help develop the club further, especially with the juniors transitioning into the seniors as well as the Renegades football program”.

“I’ve also got some great friends who have spoken so highly of the club and the group I will be working with and I look forward to working with them to achieve success in 2021 and beyond,” he said.

NOB’s earned promotion after playing off in the 2019 Division 2 Grand Final against Whitefriars. They will be searching for their first senior flag since winning the Division 1 premiership in 2012.