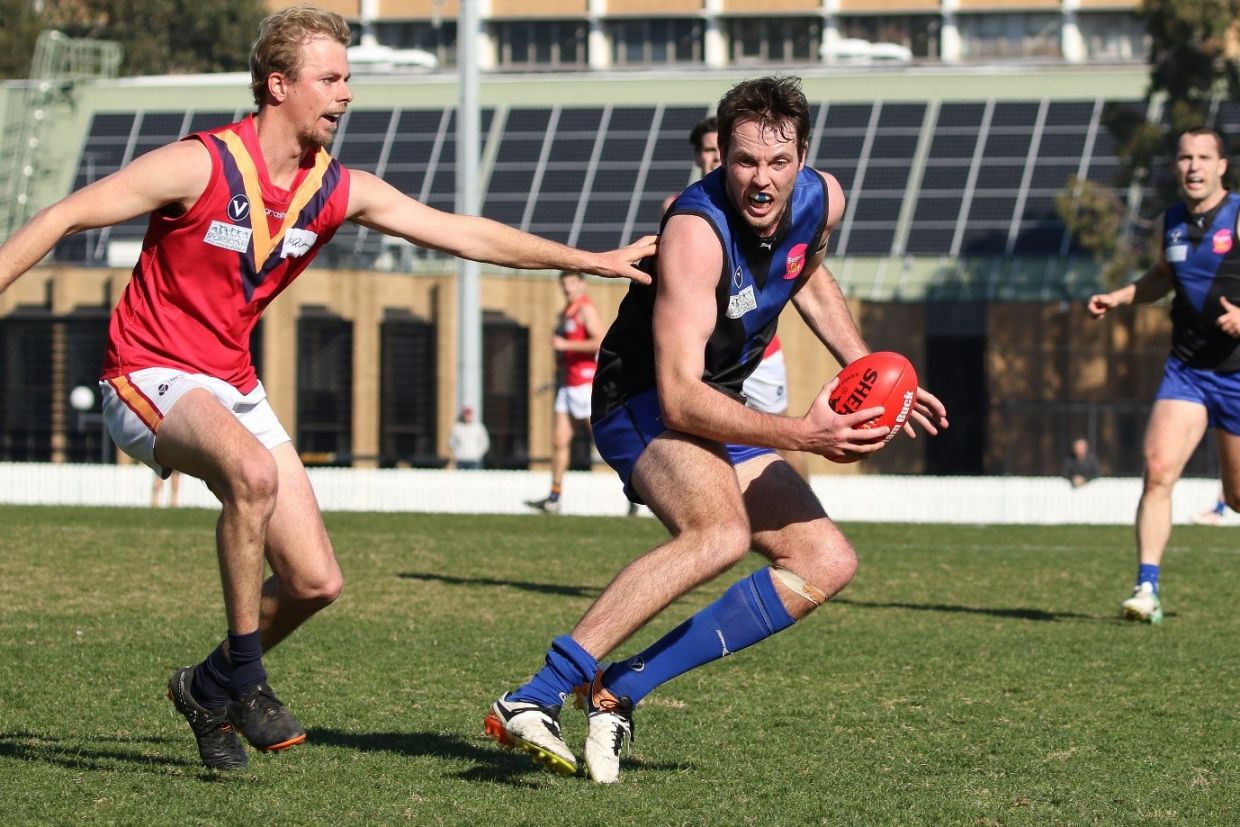 At the VAFA’s night of nights at the Crown River Room, the evening reached a climax with University Blues ruckman Ayce Cordy capping off an excellent season by securing the accolade of the 2018 Woodrow Medal.

Cordy, a former Western Bulldogs & Williamstown VFL product, had a slow start to the VAFA William Buck Premier Season, failing to register a vote until Round 8, showcasing the Blues stuttering beginning to 2018.

Following his best on ground performance against St Bedes/Mentone Tigers, the athleticism and versatility of Cordy shone from this point on.

The importance of Cordy was no further exemplified than his three-vote performance in Round 18, with the loser of University Blues & Old Scotch facing relegation, the big man was influential not only in the ruck but through his contested marking around the ground.

St Kevin’s Old Boys’ Mitch Brown, Old Trinity’s Anthony Scott and Old Melburnians’ Josh Freezer all featured in the first half of the season, with only the T’s ball magnet continuing on to finish the season on the podium of the prestigious award. Scott was only one vote behind Cordy coming into the final game, but back-to-back BOG’s by Gabe Hamilton from Old Trinity left him four votes short at the end of the season.

Ayce Cordy becomes the 7th recipient of the Woodrow Medal from University Blues Football Club, and the first since Ross Young tied with St Bernard’s Adam Bentick in 2015.