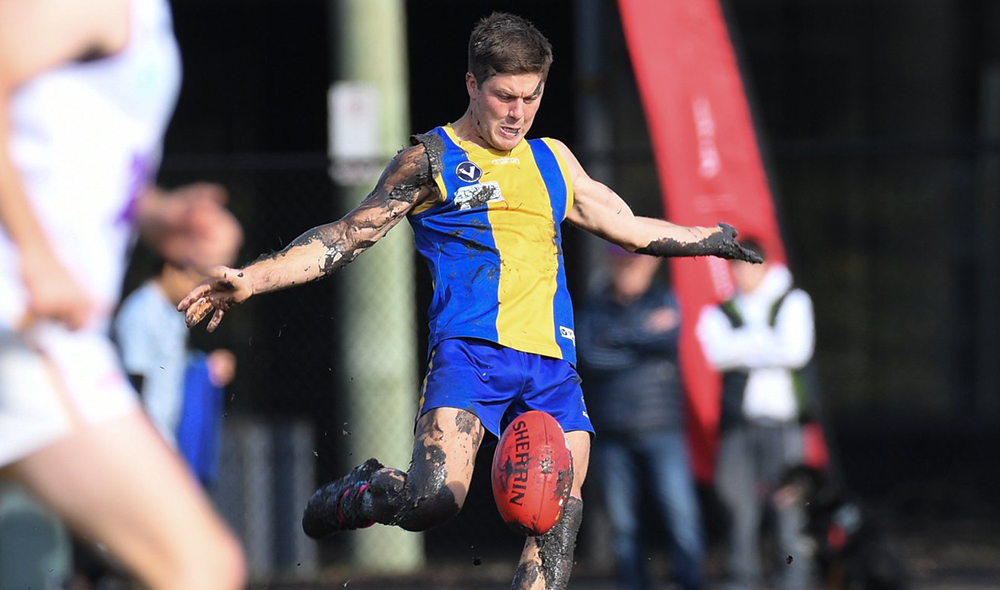 De La fight back vs Bloods, Sharks attack in R1

Williamstown CYMS will have to wait at least another week for their fairy-tale first Premier B victory after they went down to Beaumaris by 65 points at Banksia Reserve. The Sharks dominated from the get-go with a 27-point lead at half-tie and continued to apply scoreboard pressure with another seven goals to two thereafter. Christopher Grigoriadis kicked four goals for the Sharks and teammate Riley Mihailovic booted two in a BOG performance. Tom Johnstone was the CY’s best in their first game in Premier B.

De La Salle will be celebrating tonight after they came from behind and defeated Old Haileybury by four points at Waverley Oval. De La trailed by 15 points at half-time but piled on six goals to three in a thrilling second half. Ryan O’Meara and Geordie Nagle were best for De La, while Brede Seccull and Durras Seccull were standouts for the Bloods – Durras kicking a match-high four goals.

Ajax returned to Premier B in style as they defeated Old Carey by 16 points at Carey Sports Complex. With scores level at quarter time, the Jackas kicked 3.6 to one behind before the Panthers fought back and held a one-lead at the final break. Three goals to one in the fourth sealed the win for the Jackas with Nicholas Cohen and Brandon Joel each kicking three. Harrison Bean booted three of his own for the Panthers.

32 scoring shots to 13 helped St Bedes/Mentone Tigers to a 69-point win over Parkdale Vultures at Brindisi St Oval. Four goals to one in the fist term paved the way for the Tigers as they went on to kick another eight goals while restricting the Vultures to one. Zac Calvez and Michael Barnes starred for the Tigers, while Brad Austin and Ethan Marshall were the Vultures’ best.

After two straight preliminary final losses, University Blacks kick-started their premiership campaign with a 40-point win over Fitzroy at Brunswick St Oval. The Blacks led by 13 points at half-time but kicked away with seven goals to two thereafter. Darren Mumford top-scored with three goals for the Blacks alongside a BOG display from former Scotch star James Sansom, while Tom Wilson and Nino Lazzaro kicked two each for the Roys.