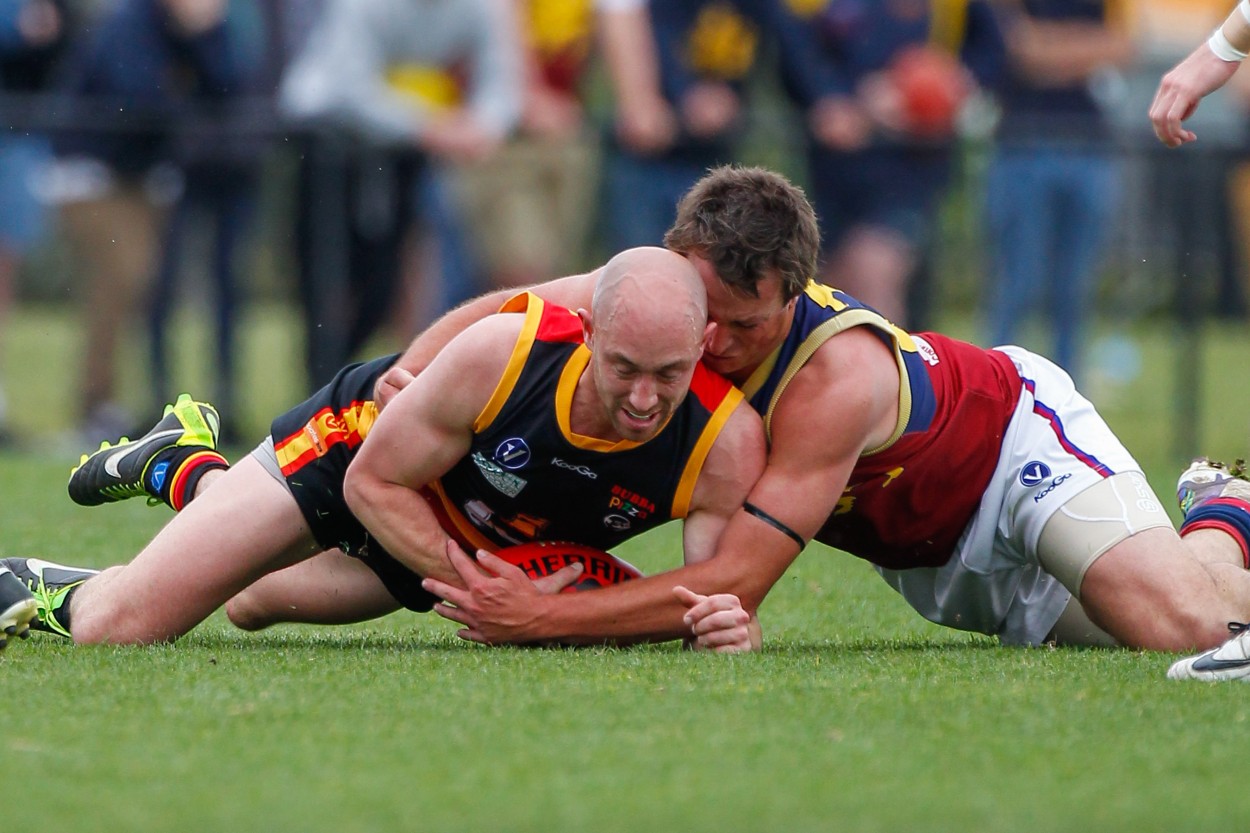 Division 1 is always a section that carries depth but as with most other sections, injuries often take their toll on the teams that end the season towards the bottom end of the ladder. That was the case last year and providing a fit list for all clubs then Division 1 promises to be very competitive section in 2014.
Round 1 kicks off on 5th April and NOBs-St Pat’s return to the section they won in 2012 will start with a home match against Prahran Assumption at Alec Gillon. Whitefriars and MHSOBs had seasons to forget for different reasons last year and they will both been keen to start the year with a bang when they meet on opening day at Whitefriars College.
Promoted Therry Penola face Old Geelong at home for the first time at senior level since 2007 when both clubs were in this section.
Old Mentonians – who have been in Division 1 for 13 straight seasons – are at home at Mentone Grammar in Round 1 with last year’s preliminary finalists Williamstown CYMS to be their first encounter of 2014.
Bulleen Templestowe will welcome Yarra Valley to Division 1 at Ted Ajani Reserve on opening day. It will be the first meeting between the Bullants and Bushrangers since 2008 when both were in this section.
Round 2 had Old Geelong welcoming NOBs-St Pat’s to Como Park and MHSOB will host Therry Penola at the High School for the first time since 1998 when both clubs were fielding teams in B Grade.
Yarra Valley will host Old Mentonians at Yarra Valley Grammar School in their first home match before their new home ground Doncaster Reserve is ready for action in May. Williamstown CYMS are at home to Whitefriars at Fearon
Prahran Assumption will host Bulleen Templestowe in a home match at Elsternwick Park on Sportscover Arena due to the unavailability of Toorak Park.
Easter sees and early break in proceedings with Round 3 to resume on ANZAC Day weekend.
Round 3 commences with Bulleen Templestowe hosting NOBs-St Pat’s at Ted Ajani Reserve. Williamstown CYMS will welcome MHSOB to the Fearon and Old Geelong will entertain Yarra Valley at Como Park.
Whitefriars will be paid a visit by Therry Penola to the College in Donvale and Prahran Assumption will travel to Old Mentonians’ Mentone Grammar home.
The Division 2 Grand Final re-match between premiers of that section Therry Penola and runners up Yarra Valley will be in Round 6 to be played on the Bushrangers’ new home turf in Doncaster.
There will be two further byes throughout the season after Rounds 8 and 12.