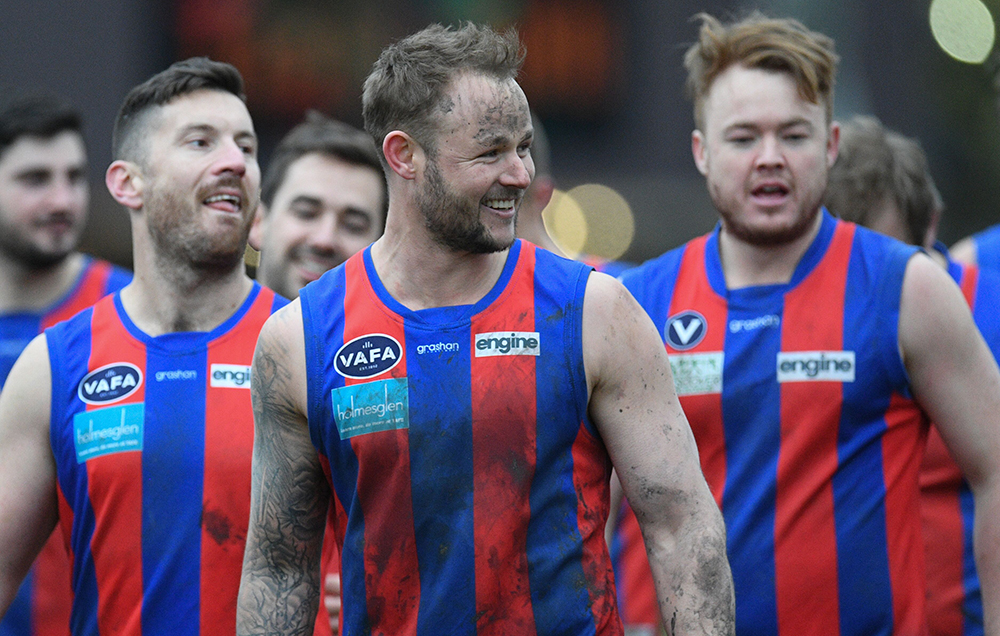 Falcons fly into GF, Cobras to reignite rivalry with Bloods

Albert Park earnt promotion to Division 3 in 2020 and a Division 4 Grand Final berth next week after they defeated Elsternwick at Waverley Oval yesterday.

The Falcons flew out of the blocks with five goals to one in the opening term and just held the Wickers off for the remainder of the day, kicking another six goals to five thereafter.

Nicholas Materia starred for the Falcons and was named best afield while Josh Beets (3) and James Brick (2) found success in front of goal. Nicholas Lowrie and Jack McLoughlin were standouts for the Wickers.

The Falcons will now face St Francis Xavier in the Division 4 Grand Final after going down to the X-Men by 14 points last week.

In Division 3, Manningham Cobras were made to work for their spot in the decider as they defeated Emmaus St Leo’s by 15 points at Whitefriars College.

The Cobras trailed by five points in a low-scoring first half (9-14) but, led by Kane Maghamez’s four-goal haul, they booted six goals to two in the second half.

Maghamez was a clear standout for the Cobras as was ruckman Thomas Flood and Luke Morris. After another top 5 finish in this year’s Hutchison Medal, stalwart and club champion Paul Baranello was sensational for the Animals alongside Matt Hill.

The Cobras will now clash with Aquinas in the Division 3 Grand Final after the two sides met in the 2017 Division 4 decider where the Bloods ran out 25-point winners.