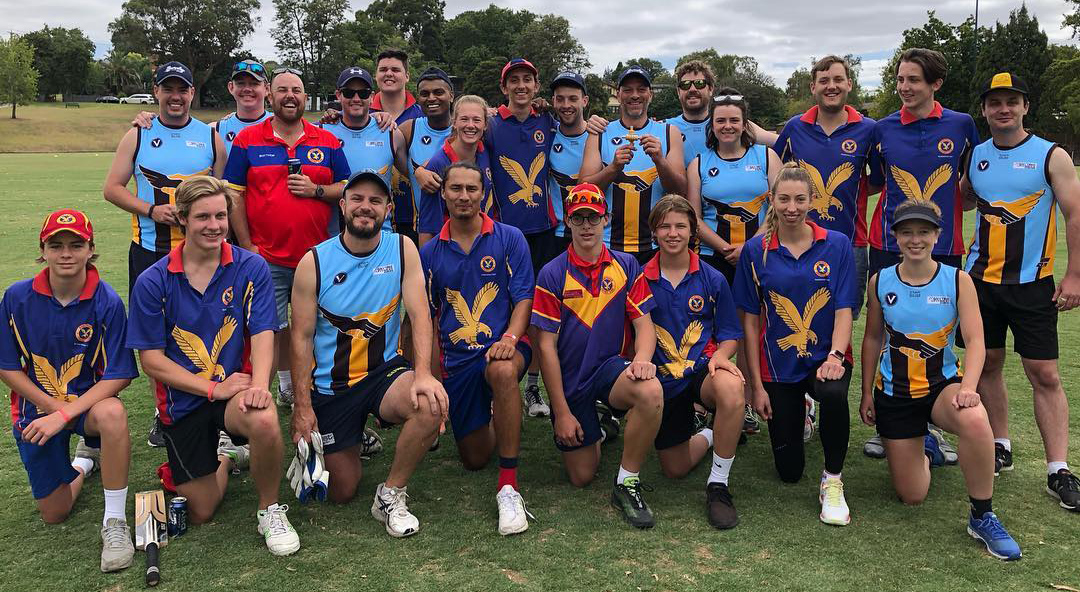 Hawthorn Amateur Football Club continued their outstanding commitment to raising awareness of mental health issues by joining the Hawthorn Cricket Club and assisting with the implementation of the cricketers’ own Mental Health Fund.

The Hawks, who have led the way in the mental health space since setting up their Wings Mental Health Program in 2010, joined forces with their co-tenants for a T10 cricket match at Rathmines Reserve, and it was the footballers who ran out winners by 15 runs.

After a slow start to their innings, the footballers picked up the run rate when Greta Drane and Sarah Ward entered the crease and started to find the boundary with far more ease than their teammates. Drane showcased her 360-degree shot range while Ward was outstanding in her ability to consistently turn the strike over. Division 3 Reserve premiership co-coach, Serge Moussi, successfully played straight for the first time in his illustrious cricketing career, while skipper Trav Whittle played the ideal finisher role and increased the total to 69.

After a quick change of innings, the bowlers created a multitude of chances for their fielders and tightened the screws on their opponents early, with a series of questionable umpiring decisions unable to help the cricketers as they finished their innings on 54.

The light-hearted and enjoyable cricket match was just one fundraising initiative on the day alongside catching competitions and a reverse raffle.

Hawks President, Pat Clancey, said it was great to see the Wings Program expand and attract so much support from both communities.

“It was great to be a part of the day and sneak home for the win but to see so many people turn out in support of Mental Health Awareness was the biggest highlight for me,” Clancey said.

“I was really proud of our club supporting this initiative and expanding the Wings Program to include a second sporting club. I know there are a lot of other clubs across the VAFA setting up similar programs which is outstanding.”

The Hawks played in their specially-designed Wings jumpers which they wear each year for their mental health awareness match.