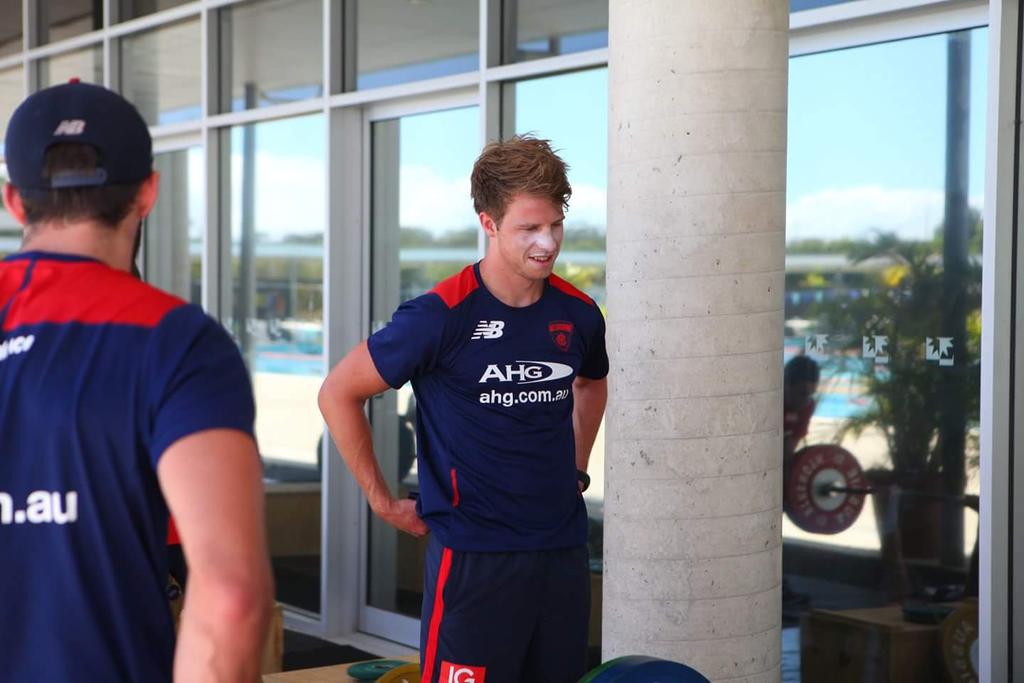 2015 Jock Nelson Medallist, Mitch Hannan, will make his AFL debut when the Melbourne Demons face off with St Kilda at Etihad Stadium on Saturday afternoon.

The 46th pick in last year’s NAB AFL Draft and St Bernard’s star did not play in the JLT Community Series after recovering from shoulder surgery throughout the off-season but will line-up on the interchange for the Demons.

Hannan starred in the Snowdogs’ 2015 William Buck Premier Grand Final win against Old Trinity before continuing his rise for Footscray in the VFL last year.

The 189cm midfielder/forward joined the Snow Dogs from the Riddell District Football League in 2012, playing 10 games of Under 19 Premier in his first year at the club. He received his first taste of senior action in 2013 with four games before stamping his authority on the competition with a full season in 2014 and was named in the Snow Dogs’ best on eight occasions.