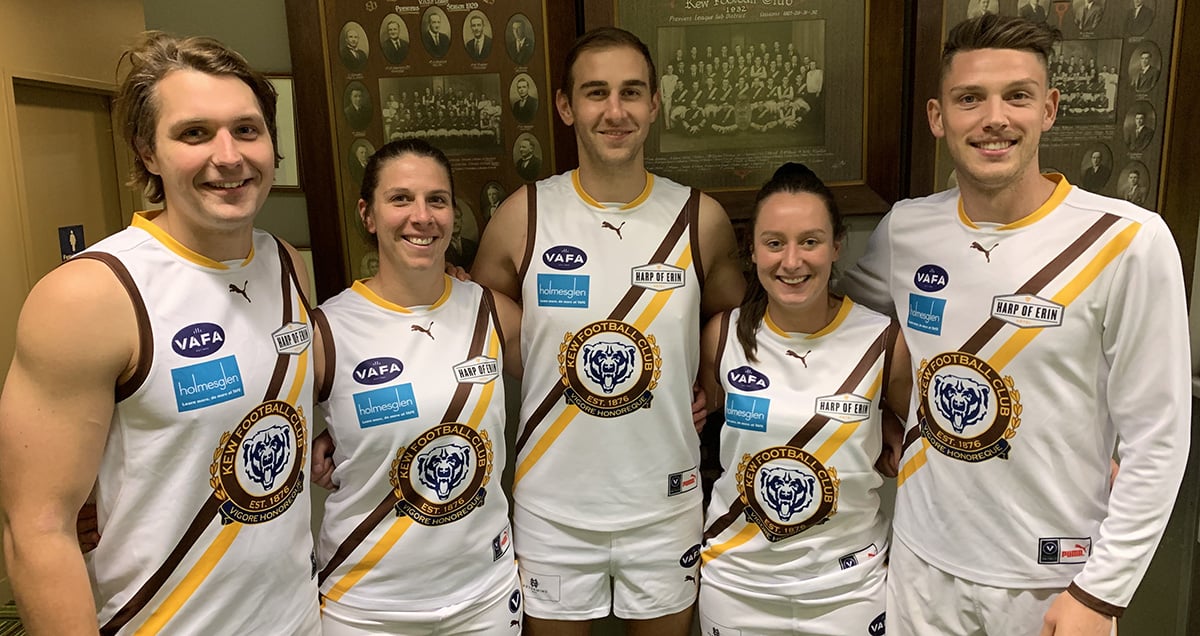 Kew Football Club will host their annual Danny Delbridge Memorial Round charity luncheon this weekend and raise funds for the White Ribbon Foundation.

The luncheon, which is in its sixth year, recognises the life and contribution of the late Danny Delbridge, the father of current Kew players Jack and Will Delbridge. They lost their dad to Motor Neurone Disease and the club has responded by hosting a charity lunch in his honour each year.

This year’s event is raising funds and awareness for The White Ribbon Foundation, as all in the Kew community take a firm stand against domestic violence in all its forms. They’ve previously raised funds for Breast Cancer Network of Australia, Cancer Council, Beyond Blue, Stand Up Events / Pride Cup and the Motor Neurone Disease Foundation.

90 guests will attend the luncheon while the club hosts a quadruple-header against Marcellin (Women’s) and Peninsula OB (Men’s).

The club warmly welcomes all VAFA patrons for the occasion, with tickets on sale for $75 which includes a 3-course lunch, full drinks package and entertainment (including raffles, auctions and guest speakers).