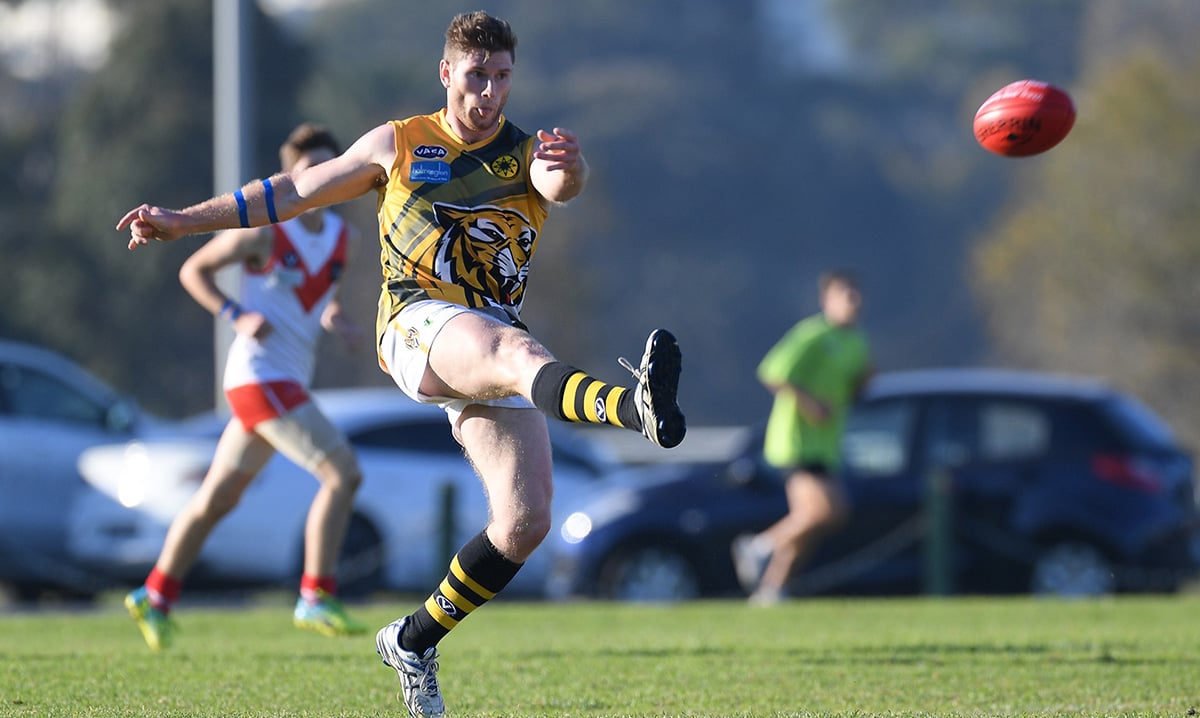 Albert Park maintained second spot on the Division 4 ladder with a 66-point victory over Box Hill North at Elgar Park. Leading by 16 points at half time, the Falcons booted seven goals to one in a dominant third term before finishing the game with another four to two. Josh Beets top-scored with four goals for the Falcons alongside a BOG display from Thomas Wilson. Damon Earp booted two for the Demons as they continue to search for their first win of the season.

Masala-Dandenong ended a six-game losing streak with a 56-point victory over South Mornington at Fotheringham Reserve. Leading by four points at quarter time, Masala booted 11 goals to two thereafter, including four unanswered in the second term. Benjamin Abraham was the only multiple goal scorer for Masala because he sent through a season-high seven majors while Brandon Kelly was named best afield. Anthony Bos and Greg Pullen impressed for South Mornington as they sit eighth and two spots below Masala.

St Francis Xavier notched their ninth win from 10 games as they defeated South Melbourne Districts by 10 points at Lindsay Hassett Oval. The X-Men trailed at the first break but kicked five goals to three in a low-scoring affair. Jamie Brooker kicked two goals for the Swans and Luke Money was their best, but no results had been submitted for St Francis.

Eley Park Sharks sit one game clear of La Trobe University in fourth and fifth spot after they defeated the Trobers by 12 points at Whitehorse Reserve. Trailing by two points at quarter time, the Sharks kicked five goals to two in a match-winning second term. Tom Mooney starred for the Trobers however no results had been submitted for the Sharks.