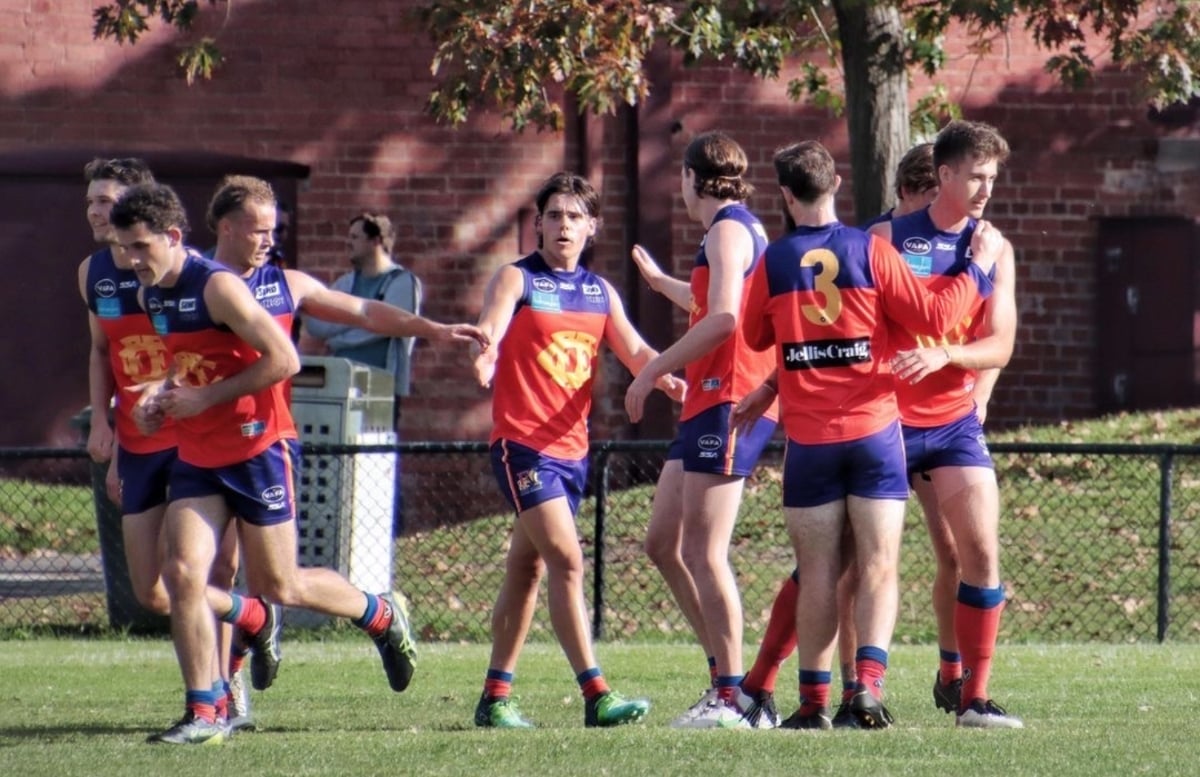 At the tender age of 19, Heath has made an impact in the senior squad and established his position in senior Coach Luke Mahoney’s side.

With the ability to drive play through dynamic, speedy and accurate ball movement, Heath is a player to keep an eye on, both for excited Fitzroy fans – who particularly enjoyed watching him dominate in the midfield during the Roys’ Anzac Day victory over Williamstown CYMS – and opposition sides who’ll be trying to match up on him on game day.

Heath is also on Carlton’s VFL sub list through the Carlton College of Sport Football Development Program and is on the path to proving himself as a strong and competitive footballer at the highest levels.

With his sights set on being drafted into the AFL, this talented youngster is putting in the work on the training track and game days to continue his development and, ultimately, reach his goals.

In the meantime we’ll continue to watch Heath’s exciting brand of football, at home at the historical Brunswick Street Oval and away.